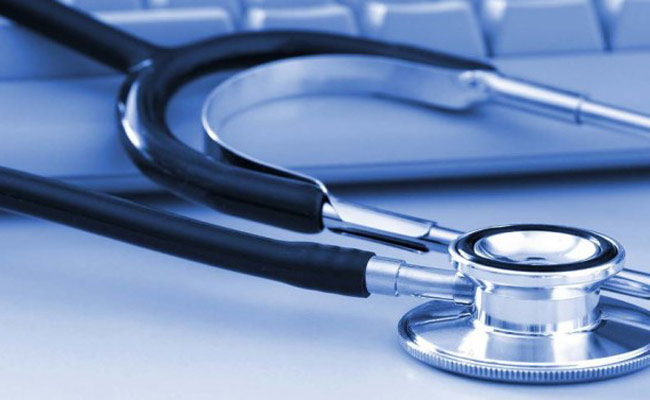 Bhubaneswar: A US-based foundation has decided to finance the MBBS studies of a poor fatherless girl from Odisha, who was coached in ‘Zindagi’ programme run by a non-governmental organisation here, in a medical college in the state, an office-bearer of the NGO said on Monday.

The scholarship was awarded by California’s ‘Saloni Heart Foundation’ to Krishna Mohanty, who had the programme last year.

The scholarship will cover expenses for Mohanty’s studies, food and hostel accommodation at state-run MKCG college in Berhampore, he said, adding that the amount will be sent directly to the institution.

Mohanty is among the 14 students of Bhubaneswar-based Zindagi Foundation — that runs a free coaching programme for medical aspirants from poor financial backgrounds besides bearing their food and lodging expenses — to have cracked the NEET exam in 2019 for admission into government medical colleges.

Zindagi programme is being run by educationist Ajay Bahadur Singh, who could not become a medico himself due to financial hardships faced by his Jharkhand-based family in the early 90s.

Due to her mother’s paltry income, Mohanty was finding it difficult to study the medical course, he said, adding that the US-based foundation’s timely assistance will help her realise her dream of becoming a doctor.

The foundation, with noted personalities like former AIIMS director P Venugopal, Dr Mohan Reddy and Dr Lilian Su of Stanford Children Hospital on board, aims at providing free online medical assistance and consultation to the needy in India, he said.

Himanshu Seth, founder of the US-based organisation, said the board members of the foundation have decided to finance one medical aspirant like Krishna Mohanty every year.

Seth said he and all the other members of the organisation were overwhelmed after coming to know about the Zindagi programme.

He met Mohanty at the Zindagi Foundation on Saturday to complete the formalities of awarding the scholarship and presented her a laptop on behalf of the US-based group.

“Hats off to people like Ajay Bahadur Singh, who has so much compassion for deprived children…It is like a relay race, he helped a poor student like Krishna Mohanty crack a tough medical exam to get admission in a medical college. We want to carry it forward till completion of her studies,” Seth, a US green card holder, told PTI.

He said the foundation will spend around Rs 1 lakh every year on Mohanty’s MBBS course till its completion.

Seth, who originally hails from Uttrakhand, said he had set up the foundation after the death of her daughter Saloni due to a heart ailment at the age of 13 in 2018.

Saloni had aspired to become a doctor, but unfortunately left us at an early age, he said.

“By financing MBBS studies of a poor student like Krishna Mohanty, we want to see a Saloni in her,” Seth said.

“Almighty has sent us on earth to help poor students realise their dreams,” said Singh, who had sold tea and sherbet at Deogarh Shravani Mela in the early 90s to sustain his family after the death of his father due to kidney ailment.

“I could not become a doctor but I want others, who come from a poor financial background like me, taste success.

This is the force that drives me to do whatever little I can for youths in Odisha,” Singh said.

Modelled along the lines of ‘Super 30’ of mathematician Anand Kumar, Zindagi programme was launched in 2016.

At present, it has 19 students, boys and girls from across Odisha, preparing hard to clear the NEET exam this year.

Fourteen of the foundation’s students had cracked the medical entrance test in 2018 and 12 of them got admitted to government medical colleges in Odisha.

Impressed by their achievements, Chief Minister Naveen Patnaik had hosted them in July last year.

Kumar, on whom a biopic starring Hrithik Roshan was made, had recently interacted with students of the Zindagi Foundation and showered accolades on Singh, who like him, had battled hardship while studying and is now empowering children of vegetable sellers, fishermen and marginal farmers to get admitted to premier institutes.