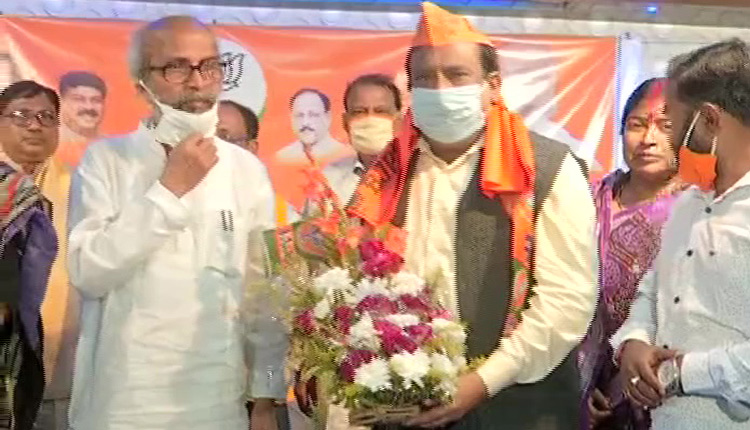 Balasore: Former MLA from Balasore, Jeeban Pradip Das, who was suspended from the BJD in November last year, has joined the BJP on Thursday in presence of Union Minister and local MP Pratap Chandra Sarangi here at party office.

The move is a home-coming for Das who had earlier deserted the BJP and joined the ruling BJD to fight election. He was also elected to the State Assembly from Balasore Sadar on BJD ticket.

In November last year, Das was suspended from the BJD over alleged anti-party activities.

A day after his suspension, he had resigned from the primary membership of the BJD. He had alleged that the party never provided him an opportunity to put his side over the allegations of anti-party activities.

Das was one of the star campaigners of BJD for the by-election to Balasore Sadar constituency which was held in November.