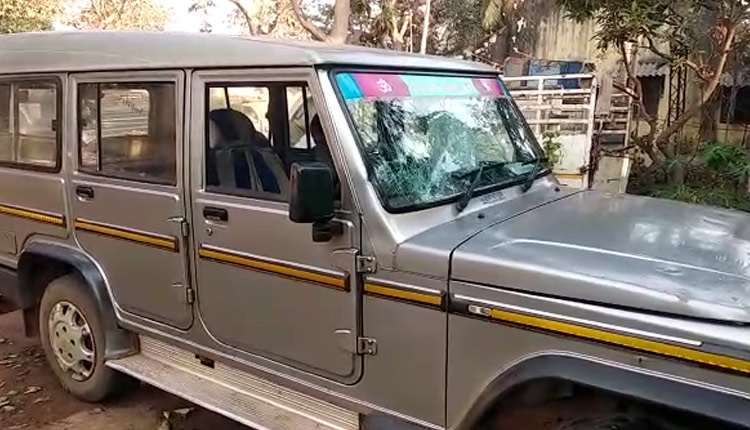 Mayurbhanj: A team of officials led by the Udala Forest Ranger were attacked by some 30-40 people while they were returning after arresting two accused in a suspected case of deer poaching at Jamudiha village in Mayurbhanj district on late Tuesday night.

Acting on a tip off about the hunting of a sambar deer in the area, the team went to the village and picked up the two persons from their house. The sleuths also seized a hunting gun and around 50 kilograms of deer meat from their possession.

When the forest officials were returning after arresting the two accused, around 30-40 people intercepted and attacked by pelting stone on them. They also vandalised their van and made them hostages.

The assailants also released the two arrested persons (yet to be identified) and took away the gun and meat, added reports.

However, local police rushed to the spot after receiving an SOS by the forest team and rescued them after two hours, informed Baripada Divisional Forest Officer (DFO) Satosh Kumar Joshi.

Later, the three officials were admitted to the hospital for treatment and an FIR has also been lodged at the Udala Police Station today in connection with the incident.