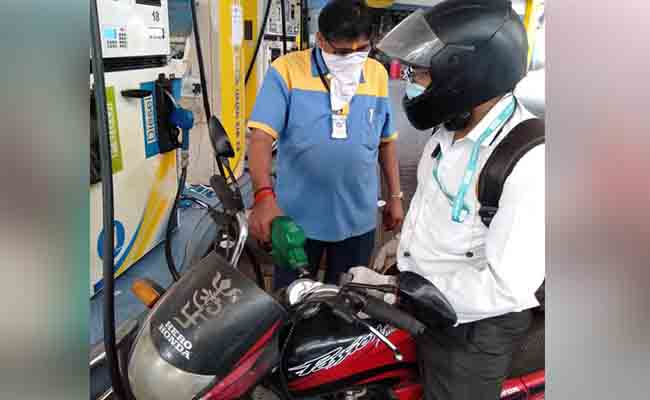 Bhubaneswar: In a bid to strictly enforce government’s order making wearing of face masks mandatory while going out of homes, the petrol pumps across Odisha on Friday came out with a stringent rule of ‘No Mask, No Petrol/Diesel /CNG’.

The petroleum dealers in Odisha have decided to not give fuel to people who turn up at filling stations without wearing masks amid COVID-19 outbreak. The decision was taken in view of State government’s strict directive asking people to mandatorily wear masks and also as a precautionary measure for the petrol pump workers who are vulnerable, informed General Secretary of Utkal Petroleum Dealers’ Association Sanjay Lath.

There are about 1600 fuel outlets across Odisha.

“The decision has been taken to ensure that people follow the governments guidelines”, Lath said.

Reports from Bhubaneswar and various parts of the state said that grocery and vegetables shop owners are also refusing to sell itens to the customers not wearing masks.

Lath said thousands of employees of the fuel stations are putting their lives at risk for the sake of duty and are also susceptible to infection.

“In the process (mask wearing), both the employees and the customers will be protected from the highly infectious disease, he said.

The association general secretary said all filling station owners in the state have been asked to strictly adhere to the social distancing norm in their outlets.

The state government has made it mandatory for the citizens to wear masks while stepping out of homes. It has also decided to impose fines on the violators, Rs 200 for the first three offences and Rs 500 on every subsequent violation.

The must wear mask order came into force from the previous day morning everywhere in the state.

In view of the shortage of N-95 masks in the markets, it allowed people to use a clean handkerchief or a piece of cloth with multiple folds to cover the nose and mouth while going out.

The order exempted children below two years of age and asthama patients.