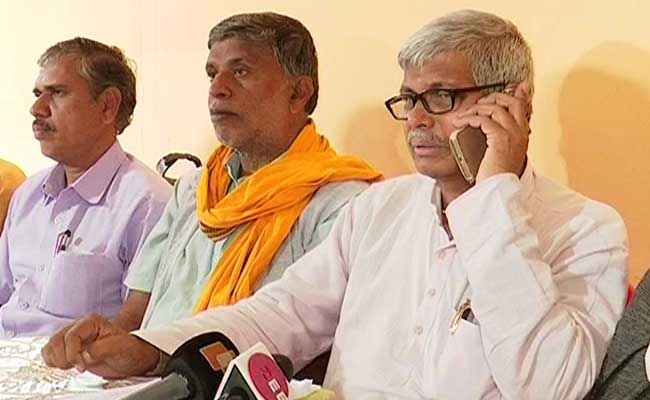 Bhubaneswar: Ahead of the Budget session of Odisha Assembly, Naba Nirman Krushak Sangathan (NNKS) on Thursday demanded 50 per cent share in the 2020-21 state budget for the overall development of farmers in the State. NNKS has been spearheading the farmer agitation in the State demanding price, prestige and pension.

Addressing a presser, NNKS convenor, Akshaya Kumar urged the State government to make a budgetary provision of Rs 75,000 crore for agriculture and farmers’ welfare. The outfit’s demand includes an allocation of Rs 21,600 crore for a monthly pension of Rs 5,000 to nearly 36 lakh farmers.

The outfit has also threatened to launch a massive State-wide agitation if their demands are not fulfilled by the Odisha government by March 31.

“We are giving a deadline of March 31 to the State government and if our demands are not met, we will launch agitation in 50 places across Odisha on May 26,” said NNKS, convenor Akshay Kumar.

In its 18-point charter of demands, NNKS has also urged the State government to take urgent steps to return money to farmers duped in chit fund scam, establishment of cold storages, creation of market linkage facilities among others.

It is worth mentioning here that the first phase of the Budget Session of Odisha Assembly will begin from February 14 and continue till February 26. The second phase will commence from April 1 and continue till April 9.
Finance Minister Niranjan Pujari will present the 2020-21 State Budget in the Assembly on February 18.