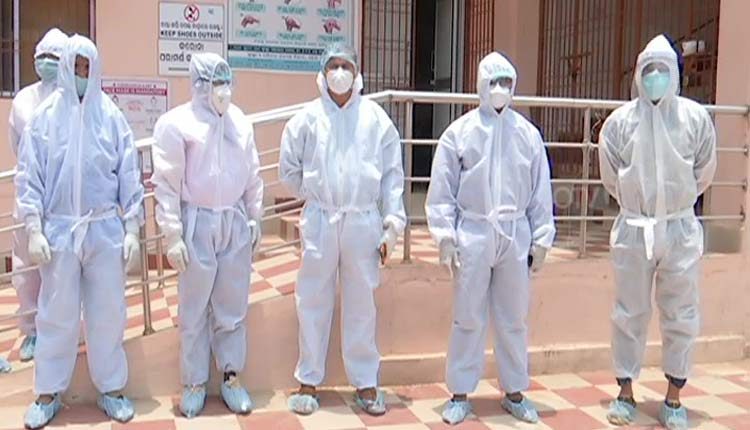 Berhampur: Resentment is now brewing among Ayush doctors who are now posted as frontline workers in Berhampur COVID Care Centres (CCC). The doctors alleged that the authorities are not allowing them to undergo 14-day quarantine despite working at CCC for the last two months.

“We are working tirelessly for the last two months at COVID Care Centres and there is a protocol to send us on 14-day quarantine. However, the authorities yesterday informed that such decision has been withdrawn,” said Pradip Pradhan, an Ayush Doctor.

The doctors at City hospital have also expressed resentment over alleged denial of quarantine. The Ayush doctors claimed that nearly 50 of them have been engaged in four COVID Care Centres in the district.

“As it is a common fever clinic, the swabs of all people are collected here. As it usually takes two to three days for the reports to come, no emphasis is being given to overall sanitation at the centre,” said a lab technician. The health worker further alleged that as they are not being allowed to undergo quarantine and as no arrangement for their accommodation has been made, they are forced to return home and mix with other family members.

The Ayush doctors also informed that as all of them have been pooled from various places, the health care in villages in different parts has almost collapsed.

Meanwhile, the doctors have submitted a memorandum of their demands to the CDMO. The authorities, however, could not be contacted over the issue.