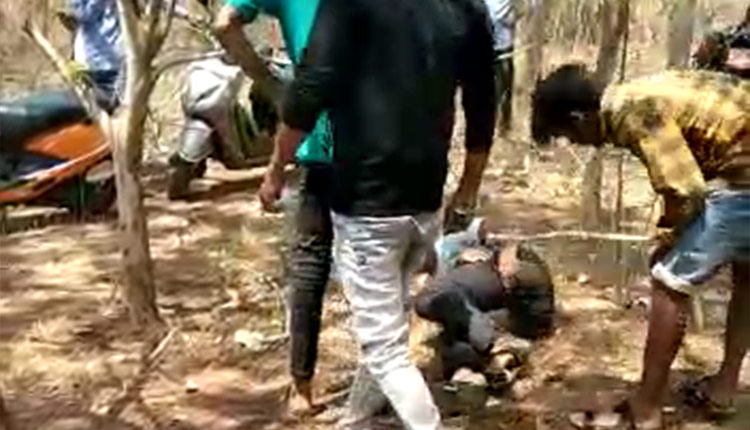 Bolangir: In a gruesome incident, a college student was brutally beaten by a group of miscreants inside a forest in Bolangir.

A video of the barbaric attack which was captured in a mobile phone by some onlookers has gone viral on social networking sites.

In the six-minute video, the miscreants could be seen assaulting the hapless boy with sticks one after another. Locals suspect the incident might have happened due to past enmity.

According to sources, the boy wearing a college uniform seems to be a student of a reputed college from Bolangir.

Encounter In Maha: 5 Maoists Including 2 Women Cadres Gunned Down In Gadchiroli