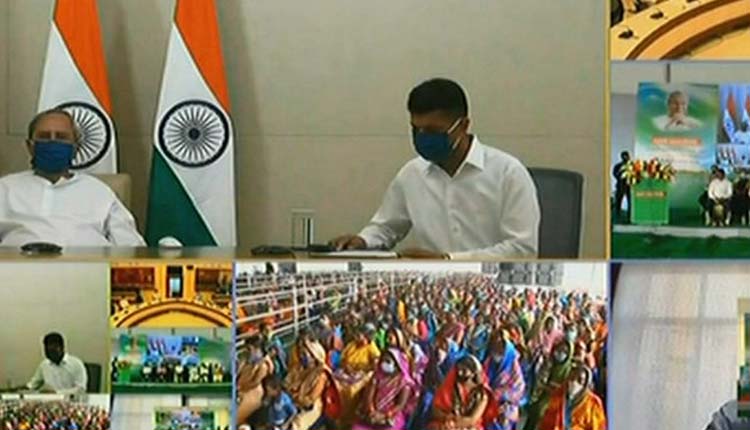 Bhubaneswar: Chief Minister Naveen Patnaik on Tuesday announced a slew of development projects for Pipli Assembly constituency in Puri district which is heading for a by-election.

The CM also announced various projects worth Rs 70 crore for the development of Pipli constituency.

“For the development of Pipli Assembly Constituency, I am announcing various projects worth Rs 70 crore. It includes roads, irrigation, stadium, bridges and bus stand among other,” CM said in his address.

On the occasion, pensions were distributed to beneficiaries while tricycles were given to differently-abled persons.

The CM remembered late BJD leader and Pipli MLA Pradeep Maharathy whose demise has necessitated the bypoll. However, the late leader’s son Prativa Maharathy and Rudra Maharathy who are expected to contest the by-election were not present during the programme.

Meanwhile, the government programme ahead of the bypoll has heated up the political atmosphere in the State with Opposition BJP and Congress targeting the government’s move.

“In order to mislead the voters, the CM has given lollipop to them today. The people of Delang and Pipli know that it aims at influencing them ahead of the bypoll,” alleged BJP leader Ashrit Patnaik.

Congress leader Nishikant Mishra said, “We welcome Vikash (development), but the State government which is making claims of taking austerity measures has spent crores of rupees in two meetings today. Mo Gaon Mo Vikash programme is usually participated by the people of the same block and panchayat. However, Ministers and MLAs were seen directly monitoring the programme today.”

Reacting to the allegations, School and Mass Education Minister Samir Dash said, “The development works of Pipli and Delang will not stop with the demise of Pradeep Maharathy. Chief Minister Naveen Patnaik has sent this message to the people today and development projects worth Rs 65 crore has been taken up.”