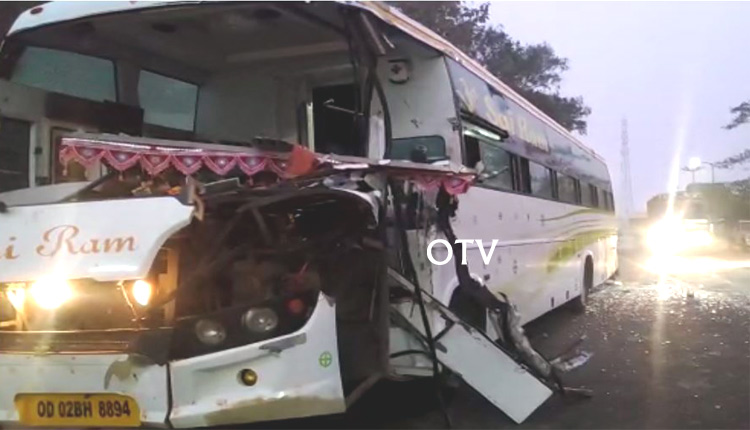 Boudh: As many as 40 passengers had a providential escape after a hyva truck hit a bus they were travelling in on National Highway-57 near Chari Chhak under Purunakatak police limits here in the district on Thursday.

According to sources, the mishap took place in the wee hours of Thursday when the private bus named-Sairam was on its way to Bhubaneswar from Malkangiri.

The truck rammed into the ill-fated bus from the rear end injuring at least four passengers during the collision.

Fire department officials reached the spot and rescued the passengers from the bus. Several of them injured during the accident were rushed to Purunakatak Community Health Centre, sources added.

The driver of the hyva truck has reportedly fled the spot with the vehicle after the accident.

Meanwhile, Purunakatak police has launched a search to nab the driver of the truck and ascertain the exact reason behind the mishap.