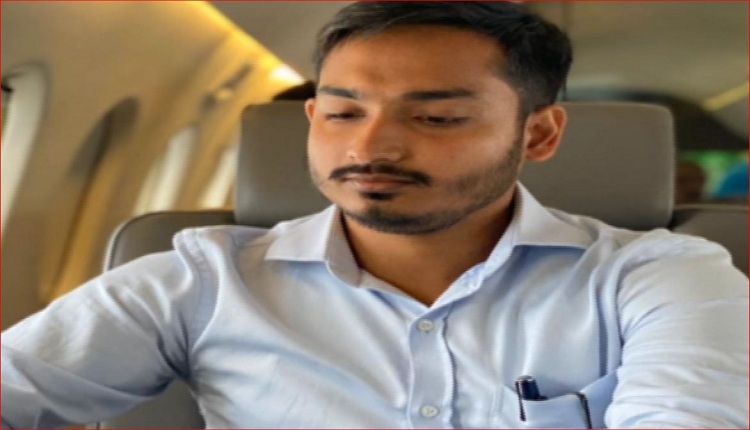 Bhubaneswar: Acting on a complaint lodged by the Tata Motors Limited (TML), the Odisha Crime Branch on Thursday registered a case against Akash Pathak, the son of crorepati IFS officer Abhay Pathak who is under Vigilance scanner over DA charges, for duping people using fake ID card on the pretext of providing employment in the company.

“Akash Kumar Pathak is the son of an Indian forest officer of Odisha cadre Abhay Pathak, is taking huge amount of money fraudulently from unemployed youths to secure them a job in Tata Motors Limited. Akash is illegally impersonating and projecting himself as MD Tata Motor Pune Passenger Division and CEO designate,” the complaint filed by the Tata Motors Limited with the CB read.

“Akash Kumar Pathak has donated Rs. 5 Lakh by fraudulently portraying himself as a MD (WC) of the Passenger Division at Pune to Chief Minister Naveen Patnaik at his official residence. The Company also found the Linkedln and Facebook Profile of Akash Kumar Pathak posing as TAS officer of Tata Motors Limited joined in 2017,” the complaint further read.

Earlier in the day, the Vigilance department brought Akash to Bhubaneswar from Mumbai for further questioning in connection with the charges of accumulating disproportionate assets leveled against his father.

Notably on Wednesday, Pathak, Vigilance searched the house of 1987 batch IFS officer Abhay Pathak, who has been posted as the Additional PCCF (Plan Programme and Afforestation ), Odisha since June 2, 2018, on DA charges.

The Odisha Vigilance had conducted simultaneous searches at 13 places linked to Pathak in the State and Maharastra and other parts of the country on Wednesday.

Vigilance sources revealed that around Rs 50 lakh cash was seized fom Pathak’s nephew’s house in Bhubaneswar. Besides, Rs 20 lakh cash was recovered from the house of Pathak’s driver in Pipili in Puri district.