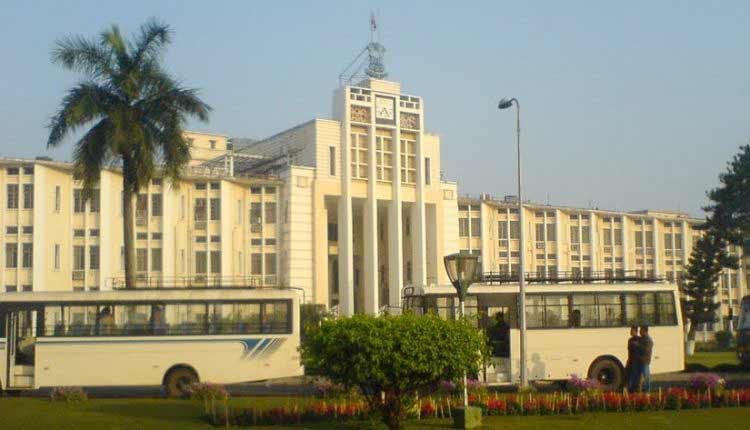 Bhubaneswar: The State Cabinet on Thursday approved Supplementary Budget of a whopping Rs 11,200 crore which will be tabled on the first day of the upcoming Winter Session of the Odisha Assembly.

The Cabinet meeting, which gave its nod to as many as 18 proposals, was chaired by Chief Minister Naveen Patnaik.

The Cabinet approved a proposal for providing Government Guarantee of Rs 2600 crore for the loans to be availed by GRIDCO during the Financial Year 2020-21.

Such guarantee will enable GRIDCO to get about 2 per cent interest concession from the banks. This will also reduce the financial cost of GRIDCO and in turn, the retail tariff for industries, MSMEs and general consumers shall be lower, an official release read.

The State cabinet approved enactment of Odisha Laboratory Assistants in Government Engineering Schools /Polytechnics (Methods of Recruitment and Conditions of Service) Rules, 2020 regulating the method of recruitment and conditions of service of the personnel inducted to Odisha Laboratory Assistants’ Service in Government Engineering Schools and Polytechnics under administrative control of Director of Technical Education and Training, Odisha.

There is no bar for procurement of any higher quantum if more paddy comes to mandis from registered farmers, the release read.

The council of ministers have proposed amendment of the Odisha Civil Services (Criteria for promotion) Rules, 1992, to ensure timely promotion of government servants.

“…selection for the year shall be held during the month of November taking into account the residency period as prescribed under relevant Recruitment Rules and the Select list shall be prepared during the month of December of the preceding year. The Performance Appraisal Reports (PARs), the vigilance reports, papers relating to departmental action and other confidential reports shall be forwarded online to avoid delay. Such reports shall not be required in respect of Group-‘D’ employees,” it added.

To address the increasing number of cases in government hospitals, the State Cabinet has approved the proposed Odisha Medical & Health Services (Method of Recruitment and Conditions of Service) Amendment Rules, 2020 by amending the existing rule to the effect that:

(i) if, a candidate has not passed Middle School Examination in Odia as a language subject, shall be allowed to pass the examination conducted by Board of Secondary Education, Odisha within four years of joining in the service

The State Law Commission of Odisha have recommended to repeal 214 Appropriation Acts on the ground that these laws have become either irrelevant or inoperative and thus, this exercise would serve the purpose of cleansing the Statue Book while also contributing to ‘Good Governance’.

Now, it has been decided to accept the recommendation of the State Law Commission of Odisha and take steps for enactment of the Odisha Appropriation Act (Repeal) Act, 2020 which will repeal 215 numbers of Appropriation Acts.