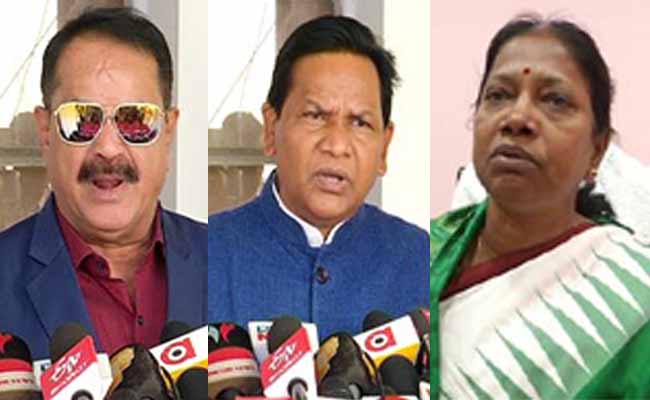 Bhubaneswar: The budget session of Odisha Assembly got off to a stormy start on Friday with opposition Congress boycotting the governor’s inaugural address and a ruckus later by the Opposition forced the Speaker to adjourn the House for the whole day.

Speaking to media persons later, Congress leader Narasingha Mishra criticised the Governor’s address in Assembly. “The address of the Governor has skirted the main issues confronting the State. The written speech read by Governor is an attempt to eulogise State Government. The Congress party staged a walk out to protest ruling party’s abhorrent attitude,” alleged Mishra.

Expressing dissatisfaction over Speaker’s reply,  Congress members trooped into the well of the House. Members created a ruckus in the House. Speaker Surjya Narayan Patro then gave a ruling that put an embargo on media to cover the proceedings of the House at that hour.

Protesting the ruling, BJP members alleging the ruling unconstitutional and undemocratic entered the well of the House.

When ruling party chief whip Pramila Mallick was speaking on Motion of thanks on Governor’s address, members from opposition BJP and Congress created a ruckus, which then forced the Speaker to adjourn the House for the day.

Speaking to media persons, Congress leader Taraprasad Bahinipati termed the ruling of the Speaker reminiscent of British era. He charged that the State is being ruled by Officers. “Congress will not let the House function till the Speaker rescinds its ruling,” he thundered.

Leader of Opposition and BJP leader Pradipta Naik condemned the Speaker’s ruling. Calling it unconstitutional, Naik said the Speaker is responsible for the adjournment. Instead of giving a ruling asking officers to attend the session, Speaker put a ban on media coverage.

On the other hand, ruling BJD charged the opposition of playing to gallery for gaining cheap popularity. “When a ruling has been given by Speaker, it must have constitutional sanction. People send us here to raise and deliberate on people’s issues, not raising ruckus to draw media attention,” said BJD Chief Whip Pramilla Mallick.