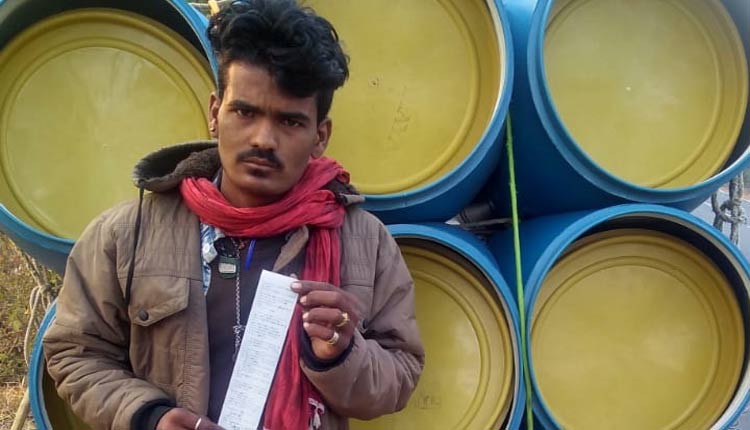 Rayagada: A man from Madhya Pradesh was slapped with an enormous fine of Rs 1,13,500 by the RTO in Rayagada district for allegedly violating various rules of the new motor vehicle act.

The penalty is believed to be the biggest amount that has been levied on a two-wheeler under the amended regulations of the Motor Vehicle Act 2019 in Odisha.

The violator, Prakash Banjara, who hails from Amarpura village in Mandsaur district of Madhya Pradesh, was selling water storage drums on a bike when he was caught by traffic police during an inspection at DIB Square in the town.

As per a challan issued by the traffic police, Banjara was riding the bike without a helmet and the vehicle also did not have any registration number.

According to sources, he had bought the bike from MP and moved to Rayagada for business purpose without completing the registration of the bike.

The bike was detained at Rayagada Town Police Station and the accused was asked to deposit the penalty amount.