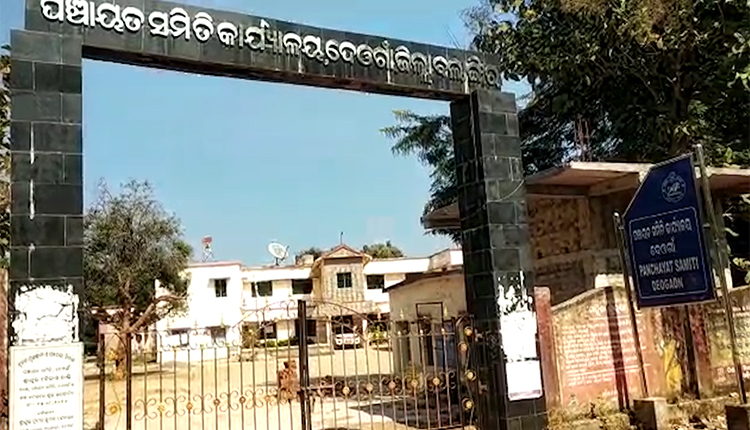 Bolangir: The Block Development Officer (BDO) along with other staff members of the Deogaon block under Bolangir district sat on dharna on Thursday demanding police protection and immediate arrest of a contractor who allegedly manhandled the BDO on Wednesday.

The dharna has led to the works of the block office come to a grinding halt as the BDO, Rudra Prasad Suna locked up the office in order to protest.

As per reports, a local political leader stormed into the block office on Wednesday and allegedly abused, threatened the BDO and other officials present in the office. Despite attempts made by the BDO to lodge an FIR in the police station, the police have allegedly turned a deaf ear to him.

Suna alleged that this is not the sole incident that drew attention. In fact, the accused local politician identified as Kunu Bohidar had misbehaved many times with the block officials in the past.

Speaking to media, Suna said, “We want the police to ensure our safety and security. As long as our demands are not met and the accused is not arrested, we will not budge from this place.”

However, after the BDO sat on dharna, the police finally came to the spot and collected the complaint against the accused.

It is pertinent to mention here that, this is not the sole incident of manhandling government officials. Earlier last year, the Block Development Officer (BDO) of Umerkote in Nabarangpur district was allegedly thrashed and threatened by a contractor over pending bills.

Heights Of PMAY Corruption: Sarpanch In Odisha Arrested For Seeking Sexual Favours From Girl In Lieu Of House