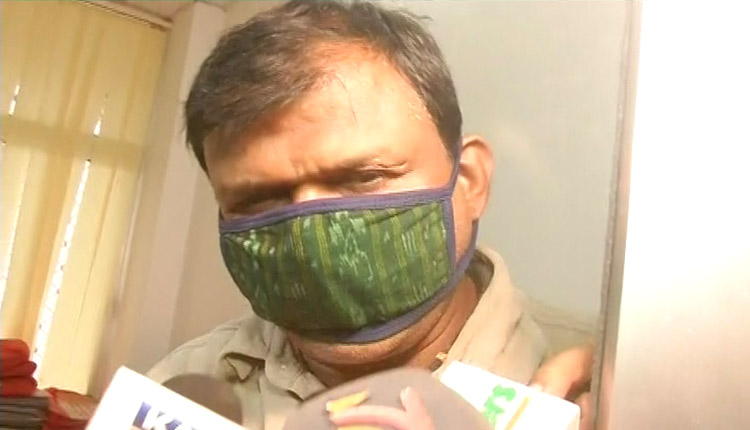 Bhubaneswar: The Vigilance sleuths on Tuesday arrested Prasanna Kumar Mishra, an assistant professor of an engineering college in Bhubaneswar after detecting disproportionate assets to the tune of Rs 2 crore in his possession.

Mishra (50) is an assistant professor of Mathematics at a State-run engineering college in Ghatikia area of Bhubaneswar.

The arrest came a day after the Vigilance sleuths carried out simultaneous raids at four places including Mishra’s office and residence based on allegations of accumulation of assets disproportionate to his known sources of income.

Vigilance sleuths arrest Prasanna Mishra, an Assistant Professor of a govt engineering college in Ghatikia area of #Bhubaneswar on charges of accumulating disproportionate assets to the tune of Rs 2 crore #Odisha

Vigilance officials conducted surprise raids at various locations to trace disproportionate assets belonging to the assistant professor including his four-storied building at Khandagiri, native village at Kalupada Ghat under Tangi police limits of Khordha. Besides, the office room of Mishra and his wife Dr Supriya Mishra, who also happens to be a lecturer in the same engineering institute, were also searched.

The anti-corruption agency has so far detected property worth around Rs 2 crore owned by Mishra. Earlier on Monday, the Vigilance sleuths had traced disproportionate assets to the tune of Rs 1.88 crore from the assistant professor.

Mishra, however, has claimed that he is innocent and the allegations against him are false. “I never earned a single penny illegally. Whatever I have, I earned through private tuition and my salary,” he told mediapersons.