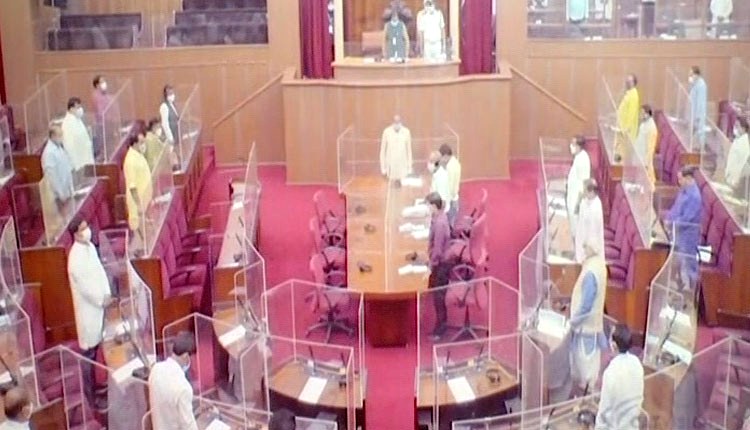 Bhubaneswar: The winter session of Odisha Assembly, which was supposed to have 40 working days, was adjourned sine die on Sunday, after only 10 days of commencement of the House business.

Speaker Surya Narayan Patro adjourned the House sine die after the passage of Appropriation Bill of Rs 11,700 crore amid ruckus by the Opposition BJP.

Appropriation Bill of Rs 11,700 crore passed in #Odisha Assembly amid ruckus by Opposition. House adjourned sine die after only 10 days of the Winter Session

The winter session was supposed to have 40 working days to fulfill the criteria of the Assembly sitting for a minimum 60 days in a calendar year. The session which commenced from November 20 amid Covid-19 restrictions, was to continue till December  31.

During the session, two adjournment motions were discussed and seven bills were tabled. The Supplementary Budget of Rs 11,200 crore for the financial year 2020-21 was passed today.

However, the adjournment of the session didn’t go down well with the Opposition who came down heavily on the State government.

Expressing displeasure over the abrupt adjournment of the Assembly session one month ahead of schedule, leader of opposition, Pradipta Naik said, “The session was supposed to continue till December 31. Many problems of Odisha were to be discussed in the House in the month-long time. We will move the Raj Bhawan tomorrow and submit memorandum to Governor protesting the undemocratic adjournment of the session.”

“The session was adjourned arbitrarily as no formal discussion was held with us before curtailing the session. We have opposed the move, but do not know about the main opposition. Because, they too did not discuss the matter with us,” said Congress leader Narasingha Mishra.

Terming the allegations of the Opposition as baseless, BJD MLA Pratap Deb said, “The Opposition never tried to raise any issue and discuss them properly.”

“The session can be adjourned anytime when the House wants and when no more official business left. There is nothing new in this as it has happened earlier too,” he added.