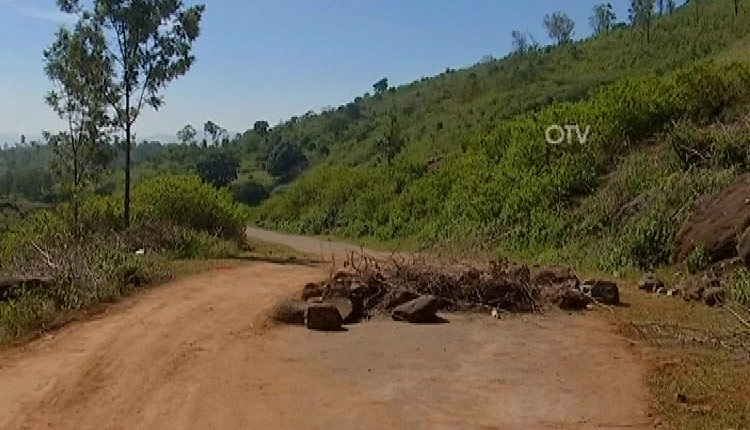 Koraput: Tension gripped the sleepy village of Jamuguda on Tuesday, when forest staff from neighbouring Andhra Pradesh checked into the hilly terrains of this village to re-demarcate the interstate border. The development has sparked a fresh border dispute between Odisha and AP just days after both the States witnessed continuous tension in the bordering Pottangi area.

Enraged locals of the area gheraoed the AP officials, engaged into a heated debate with them and even took four of them into hostage. Sensing more trouble, AP officials retreated from the spot, sources said.

Pottangi police immediately rushed to the spot to diffuse the prevailing tension. Tehsildar and other revenue department officials also reached the village and held discussions with the incensed villagers.

“District officials have assured us that soon a state-level border meeting will be held, and all issues will be resolved at the earliest,” said Haripada Mandal, sarpanch of Jamuguda.

The interesting point to note here is Odisha has no border disputes with its neighbouring states. Rather, it’s the vice versa here. Neighbouring Andhra Pradesh and West Bengal often venture into Odisha territory to claim it as theirs, which ultimately has natural repercussions on the people dwelling there. It is this reason that had triggered law and order problem in the bordering villages.

Why neighbours resort to encroachment?

Majority of the villagers in Kotia are of the opinion that lack of overall development and joblessness in these hilly border villages of Odisha had bolstered the neighbouring states, especially AP, who at times via a slew of welfare measures tried to lure the poor villagers to claim the village as AP’s territory. In fact, Kotia is a classic living instance, where AP government has launched many welfare schemes.

“The state and district administration have to focus urgently on raising the economic standard and augment the income of the inhabitants here. Women need to be incentivized for collecting Sial leaves and raw materials for making brooms. Simultaneously, new technologies need to be introduced in farming for creating employment for the youths,” said Kotia Sarpanch Biswanath Khil.