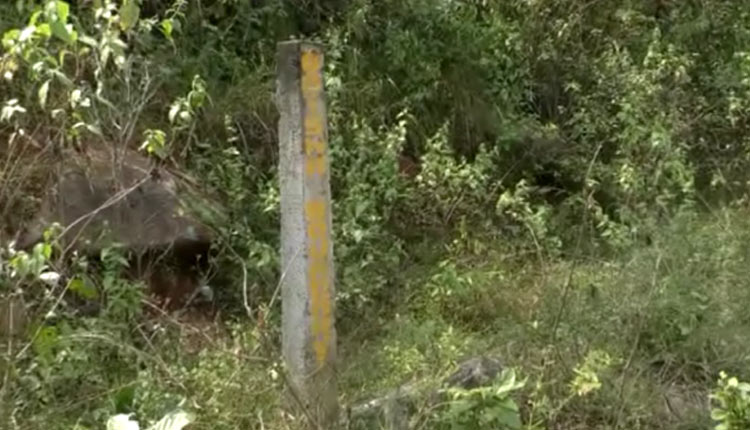 Paralakhemundi: At a time when the authorities of Odisha and Andhra claim to have taken urgent measures to resolve the ongoing border disputes, seems a recent flare-up in the Gajapati district may prolong the tension between the two neighbouring States.

Allegedly, farmers of neighbouring Andhra Pradesh have illegally occupied acres of land in the bordering areas of Paralakhemundi in Gajapati district. Based on reports, a team led by the local Tehsildar conducted a spot enquiry to find the veracity of the allegations.

The locals have alleged that 1.89 acre land falling under the Cherugudi Mouza of Paralakhemundi has been encroached by the farmers of neighbouring State. Not that the farmers tried to transgress into Odisha territory only recently, but the allegations that have surfaced now suggest that close to 12 acres of land belonging to Paralakhemundi and nearby Tehsils are under illegal occupation by the farmers for the last 40 years.

Therefore, people here on the Odisha side of the border have demanded immediate intervention of the State government and local administration so that the boundary is properly demarcated.

Meanwhile, Gajapati Collector Anupam Saha said that he has held talks with his counterpart in Srikakulam district in this regard. “We have approached the administrative authorities in Srikakulam and we will schedule a full day for conducting a joint survey and verification of the border to resolve the dispute. We will ensure immediate settlement of issue.”

Notably, Odisha has lingering boundary disputes with not only Andhra Pradesh but several other neighbouring states including West Bengal, Chhattisgarh and Jharkhand.