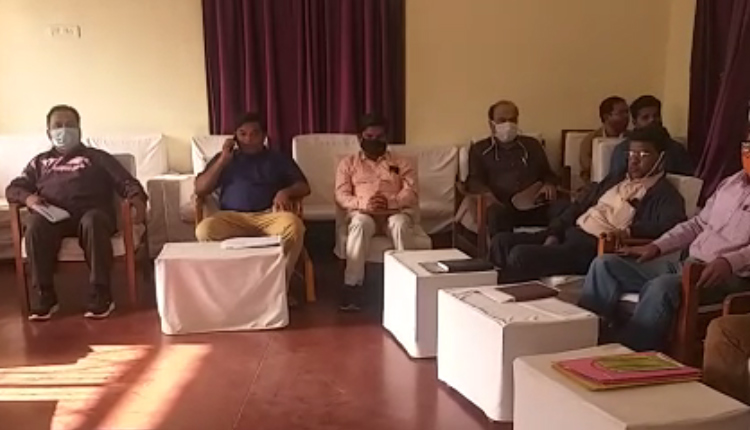 Koraput: Two days after talks were held between officials from Odisha and Andhra Pradesh to diffuse the long-drawn tension between two border villages, a fresh row has erupted after unofficial demarcation marks and flags were cited in one of the disputed areas on Saturday.

Odisha’s Revenue Divisional Commissioner (RDC), Southern Division on Saturday visited Sambai village under Pottangi block in Koraput district where Andhra Pradesh has forcibly transgressed and installed a signboard claiming the area. The RDC Southern Division held talks with district officials and will undertake a visit to the sites where Andhra Pradesh authorities had started digging a pond.

However, the unofficial demarcation marks and flags put up at Sambai village before the RDC’s visit has raised many eyebrows. The contrast couldn’t have been starker as the Sarpanch of Kolur GP Sundar Rao claimed that the demarcation was made by Andhra Pradesh authorities. Some other sources also said, “Villagers from across the border in Andhra Pradesh infiltrated and put the white lines and flags to demarcate territory unilaterally.”

Moreover, the visit of the southern RDC to the disputed site carries utmost importance as the villagers still resort to heated verbal exchanges while claiming each other’s land even after the initiation of official talk between the two states.

It may be noted that last week four villages in Andhra Pradesh side staged a road blockade at Sunabeda village under Potangi block in the district after AP authorities were stopped from digging a pond inside Odisha’s territory.