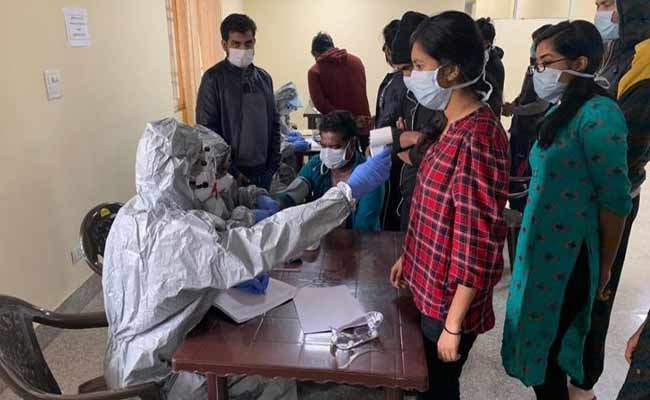 Bhubaneswar: As a large number of stranded people are set to return to Odisha following the Centre facilitating their movement by trains and buses, the state government on Friday decided to allow home quarantine for returnees who live in urban pockets and, in specific cases, in rural areas after stamping on their hands.

Chief Secretary A K Tripathy said quarantine for 14 days is a must for every one returning to the state.

Though the Odisha government has readied 2.60 lakh beds in quarantine centres in gram panchayat levels, it has decided to allow all returnees in urban areas to remain quarantined at their homes or hotels, he said.

However, all the returnees will remain under surveillance of the health department personnel who will record their conditions on a daily basis, the chief secretary said.

Like earlier occasions, Tripathy said, a notice showing the end of quarantine period of the returnees will be pasted on their houses and local panchayat and urban local body representative will keep a watch on their movement.

The government will take legal action against those violating the home quarantine norms, the chief secretary said.

He said no bus or train can take passengers to the state without obtaining permission from the Odisha government.

For those coming by road, the government has fixed 11 border check points through which they can enter the state.

“We have set up camp offices at these points where the pre-registration details of the returnees will be verified,” he said.

The people who have not registered with the government portal will be allowed to register at the entry point camps.

During entry into the state, all the returnees will be stamped with indelible ink on their right hand, mentioning their date of entry, and it will be used to calculate quarantine period, he said.

Tripathy said, “The state government is aware that one train will leave Kerala tonight and another from Gujarat in the next few days. Those returning via trains will be allowed to alight at only some designated railway stations,” he said.

Meanwhile, several migrant workers have already reached Ganjam district by bus from Surat in Gujarat and 166 students have left Kota in Rajasthan in six buses on Friday.