But the nagging concern is despite having 2nd largest outreach, farmers in Odisha couldn't avail the maximum credit limit as State is 2nd poorest in credit outstanding per KCC 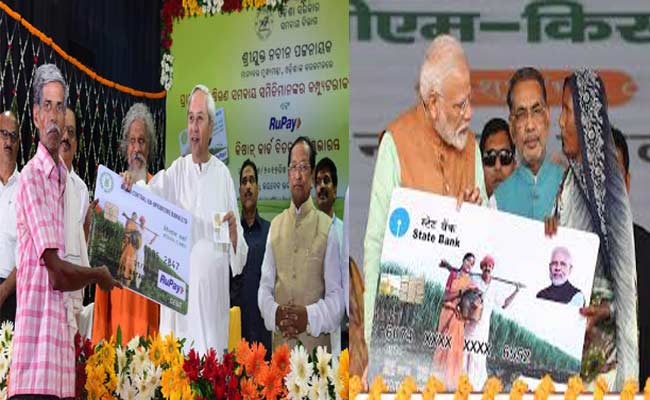 Bhubaneswar: A heartening development. Odisha figured second in the country in terms of the penetration of Kisan Credit Card (KCC) among farmers.

The data shows Odisha has nearly 41.24 lakh active KCCs as on January end 2020. Since the State has a total of 48.66 lakh operational holdings, a total of 7.42 lakh farmers in Odisha have no access to the KCC.

The Centre has recently launched a 15-day campaign programme with an objective to attain saturation in KCCs distribution to farmers akin to the PM Jan Dhan Yojana (PMJDY). As per the policy, banks have been tasked to bring all farmers under the ambit of KCC scheme.

What are the benefits a farmer accrue out of KCCs? Farmer can avail concessional line of credit through KCCs. Farmers could avail short term loans at an interest rate of 4 per cent on the condition of timely payment.

Moreover, the borrowing limit of the card can be increased for a loan up to Rs 3 lakh, if KCC holder re-pays his/her due amount on time.

Above all, the big salient point of KCC is no collateral is needed for a loan up to an amount of Rs 1.60 lakh. Collateral security has been waived for the limit of up to Rs 1.6 lakh, as per information available on the SBI website.

Also, banks will only charge simple interest on the loans under KCC. But in the case of untimely payment or bank default, compound interest will be charged by the banks.

Apart from cheap credit, KCCs carry the bonanza offer of getting enrolled under the crop insurance scheme.

And the biggest benefit is KCC account will also entail a higher interest on savings in the account. Saving interest rate will be applied on their credit balance.

How KCCs benefitted Odisha farmers:  Even as the State stood second highest in KCC penetration, the credit amount outstanding per KCC card holder is 2nd lowest in the country.

As per RBI data, when amount outstanding per KCC holder in Odisha stood at Rs 4,581, West Bengal with a sum of Rs 4,255 languishes at the bottom

Inference:  The above numbers show despite having 2nd largest outreach, farmers in Odisha couldn’t avail the maximum credit limit under the scheme.This also implies lower private investment in agriculture in Odisha. The State Agriculture Department has to work out the reasons behind, observed a senior SBI official.

Pak-Afghan Border To Be Closed From Monday