Odisha: 1.86 cr In State Have No Access to Drinking Water in Summer!

While the data with the State government puts the total population having no access to drinking water at 7.8 lakh, the number balloons to 1.86 crore in summer 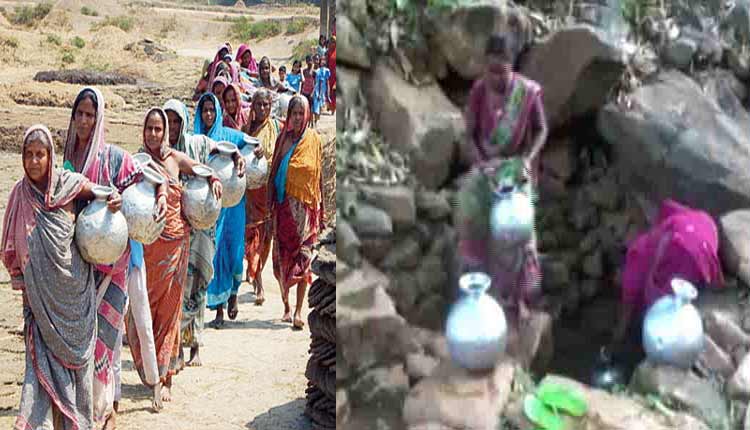 Bhubaneswar: In a clear display of deja vu, for a whopping over 46 lakh people in Odisha, collecting a pitcher of water will prove a herculean task this summer.

As per the data released by the 15th Finance Commission, only 88 per cent of the rural population in Odisha have access to safe drinking water.

Even the statistics of the Finance Commission tells only half a tale because the ground reality in Odisha seems more acute.

As per the claims by the Odisha government, as of date, the State provides a minimum of 40 litres per capita daily to over 3.5 crores of the rural population in the State.

The data further shows that a high of 7.28 lakh population in over 2,383 quality affected habitations, along with a population of over 48,000, have no access to safe water in the State.

By the State’s own admission, a population of nearly 7.8 lakh in Odisha has no access to safe drinking water even at any point in time, including summer.

But the data released by the 15th Finance Commission put the number at a massive 46 lakh (which is based on the fact that around 12 per cent of over 96 lakh households in the State have no access to safe drinking water).

Sample the reality check: An interpretation of the data available with the State government reveals big.

(Important Note: The level of groundwater availability in Odisha has been estimated at 13 metres by Central Ground Water Board, Bhubaneswar.)

But the 15th Finance Commission data shows 12 per cent of rural households or around 46 lakh population in Odisha have no access to safe drinking water.

The reality check reveals that come March when the rainfall in the State is nearly 90 per cent deficient to date this year, an acute drinking water scarcity will stare at a colossal population totalling 1.86 crores in Odisha.

The State government numbers of 7.8 lakh not having access to safe drinking water seem an underestimation of the real picture on the ground.

The data with the State government shows that the rural population in districts like Ganjam, Bargarh, Bolangir, Keonjhar etc are bearing the pinch of the acute water crisis in the State.

Other water-stressed districts are Puri, Kendrapada, Nuapada and Malkangiri.

Significantly, despite such a vast population in the State struggling for a pot of water in the harsh summer, the Odisha government looks apparently cool to bring more habitations under Functional Household Tap Connections (FHTC) – a sub-scheme under Jal Jeevan Mission.

A recent letter sent from the Director, National Jal Jeevan Mission to the Principal Secretary in the department of Panchayati Raj and Drinking Water, Government of Odisha bares it all.

Why State Dithers? In order to meet the target, the Odisha government has to provide its matching share of a grant under the Jal Jeevan Mission. As per sources, the State pares down the target to avoid committing more funds. The State do so for the crunch of the fund, added sources.