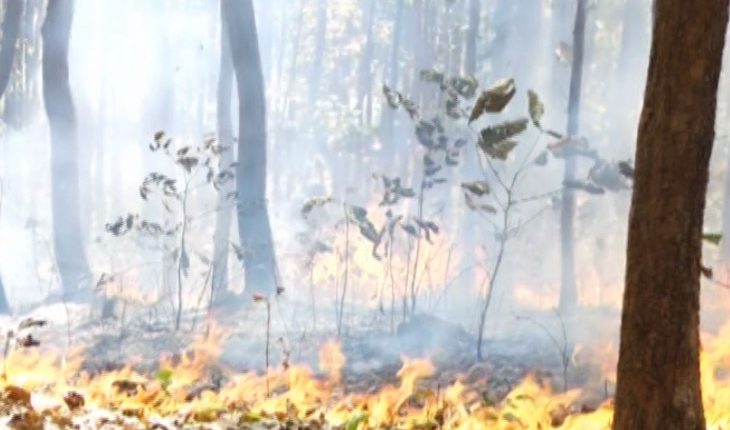 Mayurbhanj/Bhubaneswar: At a time when the entire State is concerned about the spread of fire in Similipal biosphere reserve in Mayurbhanj district, the Forest Survey of India (FSI) has said that 394 other forest areas in Odisha are also in the grip of fire.

As per the FSI, forest fire has been reported from 395 places including Similipal in the past three days posing a massive threat to wildlife species, medicinal plants and the environment at large.

This apart, forest fire was reported in as many as 154 places on Thursday even though flames were brought under control in several areas of the State.

The massive fire in the forest ranges raging for more than 10 days now. Though forest department officials are on a mission to douse the flames for the last couple of days, the wildfire still continues to spread in over 30 fringe areas of the Similipal national park.

The fire officials have reportedly managed to douse flames in Anantpur, Balinal, Khandachira and Nachipur areas while efforts are still on to control the flames in Barehipani, Tulasibana, Chadeipahad, Gudugudiya and Nana area in northern part of Similipal tiger reserve, said a forest official.

Moreover, a special team has been formed to keep the devastating fire at bay from the core and buffer areas of the sanctuary. PCCF (Wildlife) Shashi Paul, who has been monitoring the operation since yesterday, said that the core areas of the national park are safe.

“Out of the 209 beat areas in Similipal, massive fire was reported in only 2-3 places but it is under control now. Only the dead leaves and bushes were affected by the fire; no other trees were affected,” said Paul.