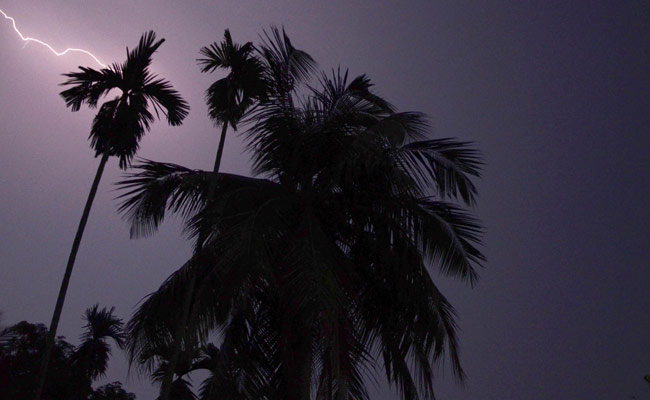 Bhubaneswar: Norwester rains accompanied by lightning on Sunday evening wreaked havoc in different places of Odisha leaving behind a trail of destruction and claiming lives of humans and domestic animals. Alongside, strong winds uprooted trees at several places blocking roads and disrupting communications.

As per reports, lightning claimed one life and left three people injured in Keshdiha Purunapani village under Thakurmunda Block of Mayurbhanj district. All the four persons got injured while working at a brick kiln and were rushed to the community healthcare centre in the block where one of them succumbed.

Meanwhile, in Ganjam district, one person was killed in a lightning strike while two persons got injured in Katrabada village under Ghatagaon police limits of Keonjhar. At least 22 goats were also killed. Similarly, lightning strikes killed three cows in Jailamba village under Phiringia block of Kandhamal district.

In Biramitrapur of Sundergarh district, strong winds uprooted huge trees following which the national highway No 143 was blocked affecting vehicular movement. The rain also affected power supply in several locations after trees fell over electric lines causing them to snap.

Meanwhile, India Meteorological Department (IMD) in Bhubaneswar predicted that the same trail may continue on Monday in several places of the State including districts like Sundergarh, Mayurbhanj, Keonjhar, Balasore, Bhadrak, Jajpur, Kendrapara, Ganjam, Kandhamal and Nayagarh along with several other places. Apart from the weather update, IMD also released a warning for the districts.