No Road, No Ambulance: People In This Odisha Village Allege Lack Of Basic Amenities 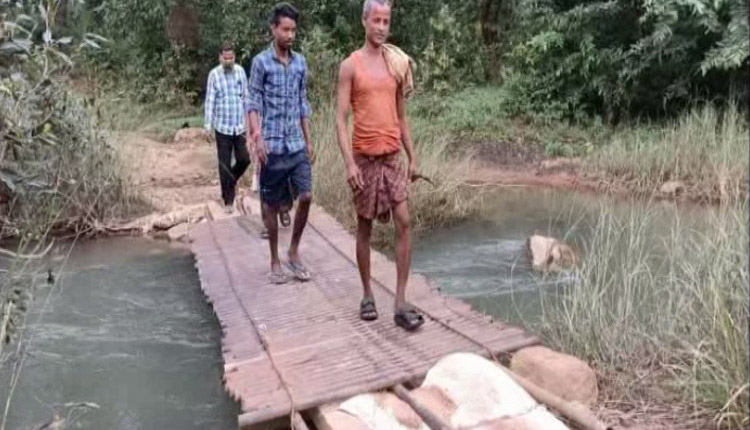 Sambalpur: Even as the government boasts of having a number of welfare schemes for the people, there are quite a few remote pockets in the State which are still deprived of basic amenities such as road, electricity, drinking water and healthcare services. Karesingha in Panimura panchayat under Nakatideula block here is a glaring example of how an under-developed village looks like.

In the absence of a permanent bridge over canal, stated to be the only path that connects the village with neighbouring areas, people cross it using a makeshift bridge built by them with iron pipes. Cases of patients being shouldered or carried on cots due to lack of motorable road have become a common phenomenon for the locals. This is because ambulances called for emergency services have to stay on the other side of the canal till patient(s) reaches the spot.

Even during any fire mishap, fire brigades fail to reach the village, the villagers complained.

“We had first constructed a temporary bridge made up of wood, but it wasn’t strong enough to facilitate movement. Then we came up with this bridge fixing together several iron poles, which only facilitates bicycle and motorcycle movement. Ambulance and other emergency services are still a distant dream for us,” said a local.

This has also allegedly exposed the seriousness of the government with regard to the interests of the people.

Similar concerns were raised by another villager who said, “We have been living with such unusual circumstances for many years now. The bridge gets washed away during monsoon season and even when there is incessant rainfall for a period.” 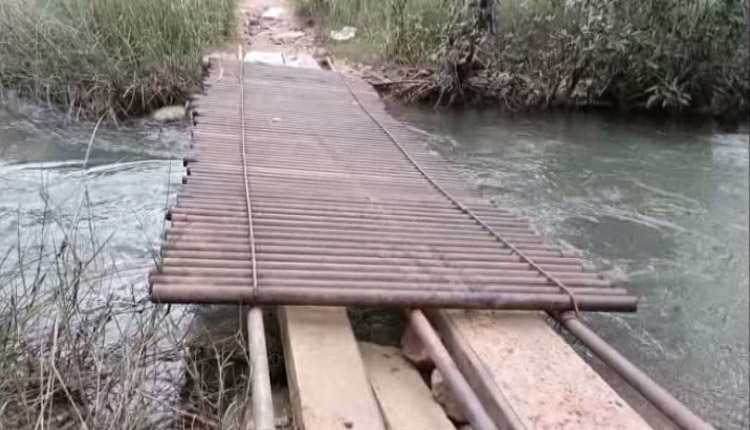 On the other hand, Nakatideula BDO has thanked OTV for bringing the plight of the villagers to light. He said, “We were unaware of the problem. I will communicate this to the engineers and have a discussion with them. I will try my best to ensure fast-pace development so that people there do not suffer anymore.”

Taxes On Petrol, Diesel May Go Up Further To Mobilise Additional Revenue For Covid Relief