Corona-Free Bhubaneswar Back On COVID Map, Cop Among Positives 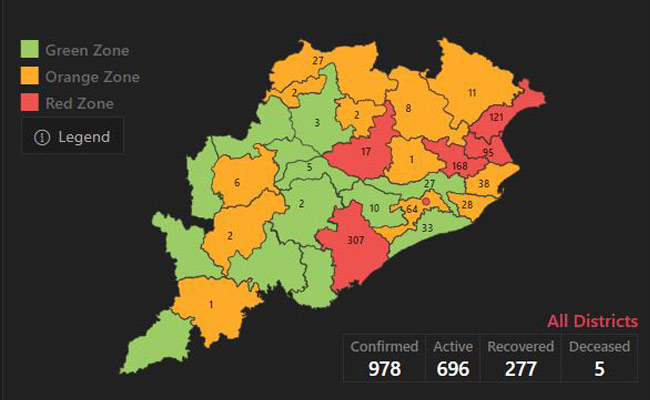 Bhubaneswar: Many denizens erupted in joy after capital city Bhubaneswar was declared COVID-free on Monday. The ‘premature’ celebrations, however, did not last long as just hours later two locals were tested positive for the contagious disease.

State Health & Family Welfare Department today revealed about the two new cases detected in Bhubaneswar. One of them reportedly happens to be a constable in the armed police reserve. With the emergence of new cases, the city is likely to be in the government radar for a prolonged period.

One of our police personnel on return from leave was subjected to precautionary testing & found #COVID-19 positive. He is asymptomatic, 36 yrs & being moved to our COVID Care facility. He had come in contact with a labourer from outside State: Commissionerate Police pic.twitter.com/RLWSFW27ki

The Commissionerate Police further informed that doctors at the four Police Hospitals in the twin city are monitoring the health condition of all police personnel closely as per established protocols.

Meanwhile, Odisha’s COVID tally is inching closer to 1000-mark after detection of 102 cases in the last 24 hours. Of these, Jajpur has reported 31 cases, Jagatsinghpur 23 (including 20 that were detected last night), Bhadrak 21, Kendrapara 8, Khurda 4 (including 2 in Bhubaneswar), Puri 4, Angul 2, Balasore 2, Sambalpur 2, Nayagarh 1 while Cuttack has added 4 more positives to its tally. Surprisingly, Ganjam has not reported a single COVID case in the last 24 hours. 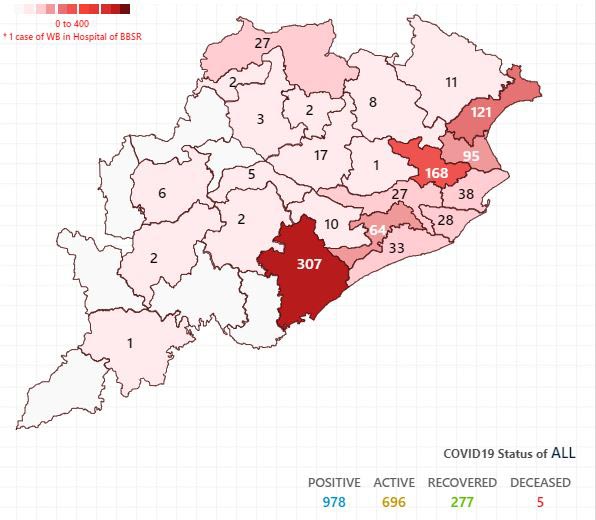 Eight cases detected in Kendrapara are from quarantine centres. Of these, 2 had returned from West Bengal, 3 from Tamil Nadu, 1 from Karnataka and 2 from Maharastra. Two WB returnees have tested positive in Sambalpur, both of them were in quarantine centre. Four cases in Puri are Surat returnees, informed I&PR department.

Out of the 23 cases in Jagatsinghpur, 20 had returned from West Bengal while the rest three are Gujarat returnees. All were in quarantine centres.

In Jajpur, 30 WB returnees and one Telangana returnee tested positive for the virus taking the tally in the district to 168. Bhadrak’s COVID count rose to 95 after detection of 21 new cases. All were in quarantine centres. While 12 of them had returned from WB, 1 is Andhra returnee, 2 from Tamil Nadu and 6 from Gujarat. Two Surat returnees also tested positive in Angul.

On the other hand, the total number of recovered cases surged past 300 (currently at 307) after 30 more COVID-19 patients were cured today, informed H&FW department. Of these, 20 are from Ganjam, 5 from Kendrapara, 2 each from Balasore and Bhadrak and one from Nayagarh.

The death toll also rose to 5 today. As per health & family welfare department, “A 75-year-old patient of Cuttack suffering from severe comorbidities and chronic pulmonary disease was admitted to AIIMS Bhubaneswar Emergency and unfortunately passed away within a few hours. He was later tested and found to be positive for COVID-19.”

Odisha government has also achieved the 1 lakh milestone in COVID-19 testing. As of now, 100302 samples have been tested in the State.