No Major Differences In The Ways Pakistan And Odisha Are Governed: Jayanarayan Mishra 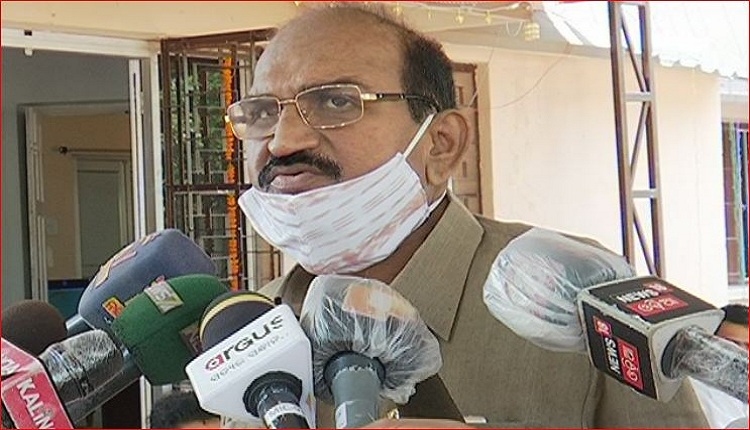 Bhubaneswar: Launching scathing attack on the Odisha government, senior BJP leader and Sambalpur MLA Jayanarayan Mishra on Thursday said there were no major differences between the ways Pakistan and Odisha are governed.

Speaking to media the saffron party leader said, “While Pakistan is run by the Army, bureaucrats rule the roost in Odisha. Those, who are raising questions against the State government, are being deliberately harassed.”

“BJP National Vice President Baijayant Panda had done nothing wrong by comparing Pakistan with Odisha if one takes into account the ways our neighbouring country vis-a-vis our state is ruled,” Mishra added.

Targeting the government over the paddy procurement issue, Mishara said, “There is an unholy nexus between the Odisha government and millers which is forcing the famers to go for distress sale of their paddy. We will raise this issue during the Winter Session of the State Legislative Assembly.”

“The price of paddy is higher in Chhattisgarh as compared to Odisha. So the chance of procuring paddy from the neighbouring state is very thin. The government has failed to issue tokens to registered farmers to sell their paddy under this year’s kharif season procurement process,” Mishra stated.

Raising serious concern over the deteriorating law and order situation in Odisha, the Senior BJP leader said, “Forget other parts of the State, incidents of loot have become a regular affair in the Capital city.”