‘No Grand Durga Puja Celebrations, No House-To-House Donations In Bhubaneswar’ 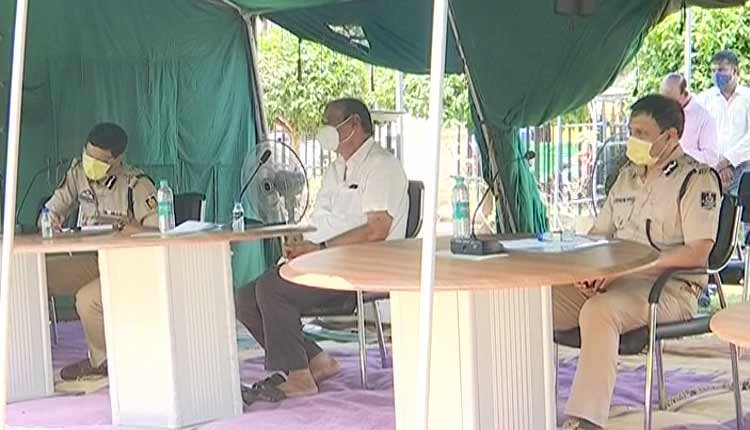 Bhubaneswar: A detailed strategy is being made for the conduct of Durga Puja in Bhubaneswar in view of the COVID-19 pandemic. Several proposals including restricting the festivities only to observance of rituals were moved at a preparatory meeting convened by the Commissionerate Police here on Monday.

Bhubaneswar Bhasana Samiti Secretary, Dilip Mohanty informed that several issues were disussed at the meeting on Moonday as Durga Puja is one of the festivals which see a turnout of lakhs of devotees.

“As per the decisions, the Durga Puja will be celebrated in a low-key affair, but all rituals will be followed. There will be no gigantic pandals, no public darshan or house-to-house collection of donation,” said Mohanty.

According to Mohanty, the budget of the pandals will come down by 80 to 90 % if the celebrations are kept simple.

As per the discussion at the meeting, the puja committees have proposed to conduct door-to-door sanitation drive and help other institutions in the city with COVID-19 management and other related issues.

“There will be no immersion ceremony. We have proposed for LIVE telecast of all the rituals from Sasthi onwards on social media. Besides, several other issues like what would be the height of the idols and how many persons will be allowed will be discussed,” Mohanty added.

Minister Ashok Panda informed that nearly 10 to 15 proposals had come and discussed at the meeting including fixing a standard height of idols, limiting the number of persons at the mandaps and other issues.

“The Commissionerate Police will again conduct a review and issue a Standard Operating Procedure (SOP) for Durga Puja and other upcoming festivals. The system of single-window system for granting permission will continue as usual,” said Panda.