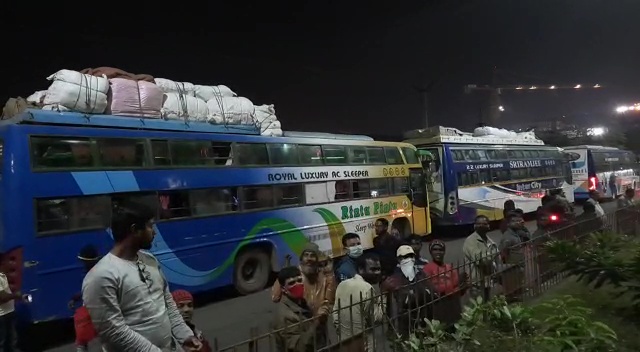 Rourkela: Night bus service from the Steel City to various parts of the State was thrown out of gear due to tension at the new bus stand after members of local private bus owners’ association allegedly thrashed a bus driver over online ticketing issues.

As many as 50 buses running from Rourkela to major cities of the State including Cuttack and Bhubaneswar have remained stranded at the new bus stand as bus employees resorted to cease work strike protesting harassment by owners’ association members.

The strike by the bus employees has caused inconvenience to thousands of passengers across the city.

Police force have been deployed at the new bus stand to avoid any escalation of tension. IIC of Plantsite Police Station held talks with the bus operators to resolve the issue and normalise bus operations.

As per sources, a discord had been brewing among the members of the owners association and private bus owners for the past few days owing to a dispute over claiming of percentage commission from online ticket booking.

The situation went out of proportion after some members of the association brutally thrashed a driver of bus over the issue.

The incident has triggered unrest among the bus operators and owners who are now demanding stringent action against the hooliganism of the bus owners’ association members.