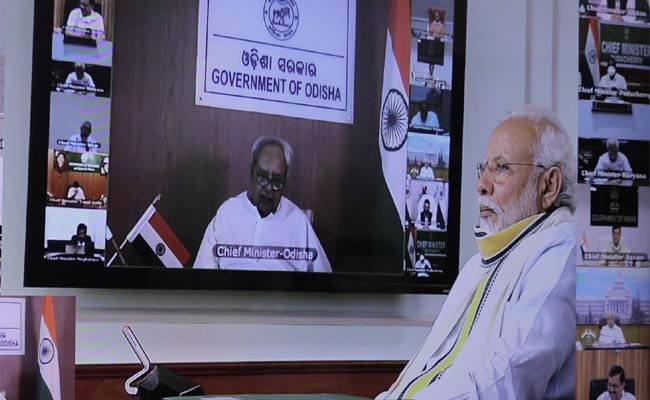 As our country’s production lines are interlinked so also our value addition process, cutting across state boundaries, a national SOP may be devised which will guide in an unified response in rebooting economy, said Odisha CM Naveen Patnaik during Prime Minister Narendra Modi’s 5th video conference meeting with CMs today.

“As regards to lockdown and other regulations, there should be broad principles at national level and allow decentralised implementation by local administration. A smaller, scientific unit can replace district as unit for zoning, and we should allow local administration to decide this area,” said Patnaik.

Odisha is now extensively relying on Panchayati Raj institutions and also assigned powers of Collectors to Sarpanchs in the State. As the fight is going to be long, it is important that we involve Panchayats for a system based response, said Patnaik.

Odisha Chief Minister also stated that railway movements may be regulated in consultation with States as being done for stranded persons.

“State governments should get the right to take decisions on handling of economic activities within their states. They should also get the responsibility to declare red, green & orange zones,” Chhattisgarh CM Bhupesh Baghel.

Telangana Chief Minister K Chandrashekar Rao also urged Prime Minister Narendra Modi not to resume the passenger train services, which were stopped as part of preventive measures to contain the spread of coronavirus in the country.

Tamil Nadu Chief Minister K. Palaniswami requested Prime Minister Narendra Modi not to resume regular air services and train services to Chennai till May 31. He also sought a credit restructuring package as well as refinancing support for micro, small and medium enterprises (MSME) in the state.