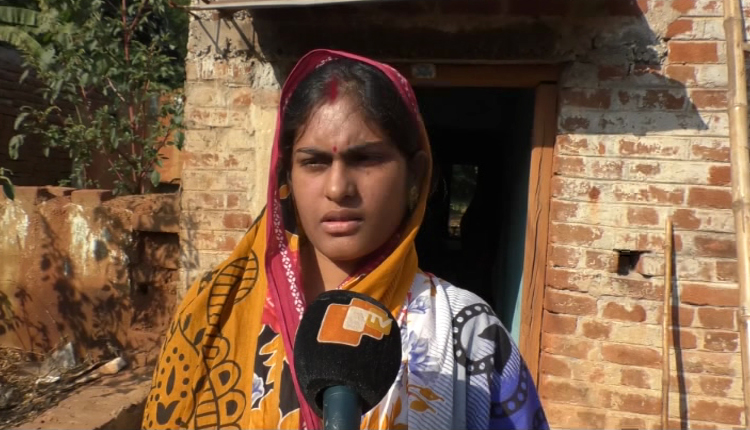 Bhubaneswar: Hours after a confession video of the accused in the sensational Nayagarh minor girl murder case created a political hail storm in the State, the mother of the deceased girl raised serious doubts over the intention of the Special Investigation Team (SIT) stating she has lost complete faith in the probe agency.

“How could the video of the accused purportedly confessing to the crime go viral when it was submitted to the court in a sealed envelope? I have lost faith in the SIT,” said the mother of the victim while talking to reporters at her home in Jadupur village. “In fact, the SIT is making a mockery of the case,” she added.

Notably, a new twist in the heart wrenching Nayagarh minor girl murder case came on Thursday morning after a video was played out in a section of television news channels of Odisha showing the minor accused making purported confession to the crime before a policeman, ostensibly the investigating officer of the case.

However, people on the know of things are of the opinion that the video evidence is not admissible in a court of law hearing the case.

In his reaction to the sensational development, former Odisha DGP, Sanjeev Marik said, “The video does not have any credibility and it is yet to be confirmed as to who, when and where the video was made.”

He went on to add, “It is most likely that the confession has been made while the accused was under police custody or in front of the police officers. So, in this case, the video confession in non-admissible in the court,” said Marik.

Questioning the timing of the release of the video, Congress Spokesperson, Nishikant Mishra said, “It is clear that the video was made while Saroj was in police custody. So the question arises, how did the video leak to the media when the matter is sub-judice. And if at all, why did it take so much time to circulate as it was made much before Saroj was taken into custody,” he asked.

“All these things indicate that the SIT is investigating in a predetermined manner without making any effort to find out the real culprit,” Mishra added.

Meanwhile, BJP’s Mohan Majhi fired a salvo at the State government over this issue as well. “It is disgusting the way the SIT tried to shield its ministers by charging a minor boy with the murder. The government should apologise for misleading the public.”

However, the Biju Janata Dal (BJD) which seemed to be quite happy all along by patting its back over the successful detection of the sensational murder case, which was revisited only after the victim’s parents made a suicide bid near the State Assembly, refuted the allegations made by the BJP.

The Government’s Chief Whip in the house, Pramila Mallik said, “The opposition parties should apologise for misleading people on this case. When the accused has already been arrested and charge sheeted, the BJP should be ashamed of itself for overburdening the police with their false narratives.”

Wheelchair Tennis To Be Initiated In Odisha Tomorrow

‘Is There A Link Between Sushant Singh Rajput, Disha Salian, Sandeep Nahar Deaths’