Nagarjuna Besha Of Mahaprabhu Gets Underway After A Delay Of 3 Hours! 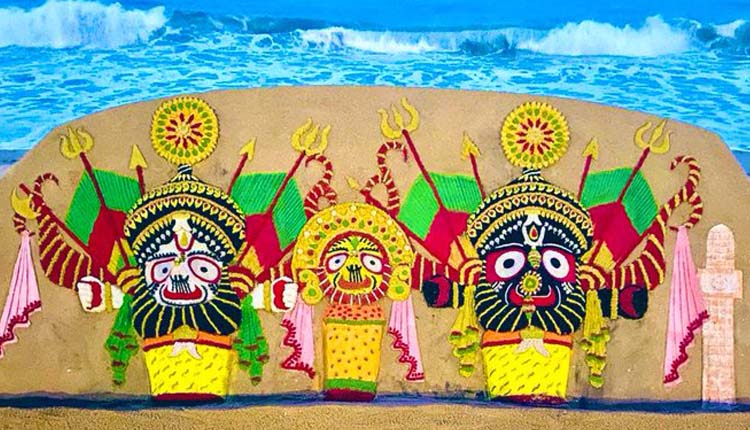 Puri: In a major deviation from the ritualistic norms, the most awaited Nagarjuna Besha of Lord Jagannath was reportedly delayed by almost three hours following some dispute between the Bhandar Mekap, Khuntia and Singhari servitors over gold ornaments.

Sources said a controversy also erupted over the engagement of more number of servitors for the rituals. As a result, the Besha rituals which were scheduled to kick-off at 4.45am began at 7am after the intervention of the administration.

According to Srimandir Temple Administration sources, the rare attire of the Trinity is currently underway following Mailama and Abakasa rituals.

The administration has allowed the entry of only duty-bound servitors and officials into the shrine for the smooth conduct of the rituals. Even devotees in Puri are not allowed to witness the rare Besha (attire) wherein the deities will don the costume of the Naga warriors.

After the conclusion of the attire rituals, devotees (from Puri town) would be allowed for darshan of Lord Patitapaban in a queue in strict adherence to social distancing and other Covid norms. A three-tier security cordon has been set up around the temple.

The district administration has also clamped prohibitory orders under Section 144 of CrPC outside the temple precincts and the Grand Road in Puri to prevent congregation of devotees.

Devotees (from Puri town) are only allowed to use the pedestrian path–from Marichakota to Kakudikhai Chhaka–for a darshan of Lord Patitapabana. To avoid congregation near the temple, Mahaprasada will be provided at the Jagannath Ballav Math.

According to the temple sources, this once-in-a-generation ritual is being observed this time after a gap of 26 years. Nagarjuna Besha, which was last observed on November 16, 1994, commemorates the killing of Sahashrarjuna by Lord Parsuram. It is observed in the years when ‘Panchaka’, the last five days of the holy month of Kartika, is observed for six days.