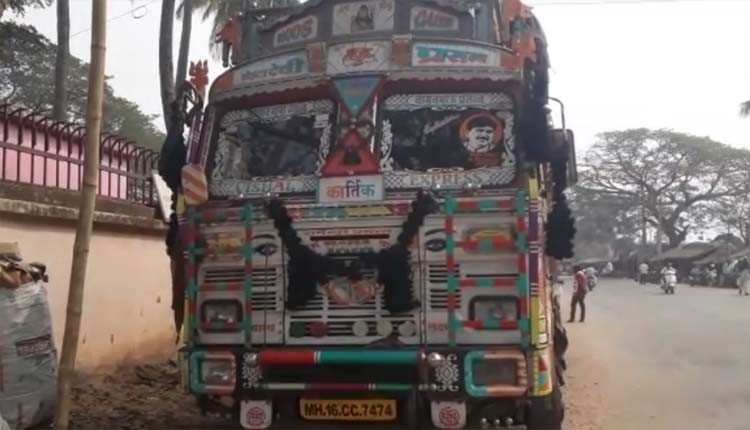 Bhadrak: A truck registered in Maharashtra was challaned Rs 58, 040 by the Bhadrak Regional Transport Officer (RTO) on charges of violating several rules under the new Motor Vehicles (MV) Act on Wednesday.

The truck, which was scheduled to leave for Venkateswara Rice Mill in Sambalpur carrying paddy from the Nischintapur cooperative society in Bhadrak, was detained after an altercation with the society members. Tihidi Police rushed to the spot after getting a complaint over the dispute and arrested one of the locals. Later, when the officials from Bhadrak RTO arrived at the spot and verified the documents of the vehicle, violations were found.

During verifications of the documents, the RTO officials founded that the truck did not have Pollution Under Control (PUC) Certificate, fitness certificate and a valid Permit. Besides, its driver also did not have the Driving Licence (DL) following which the officials imposed a total fine of Rs 58, 040.