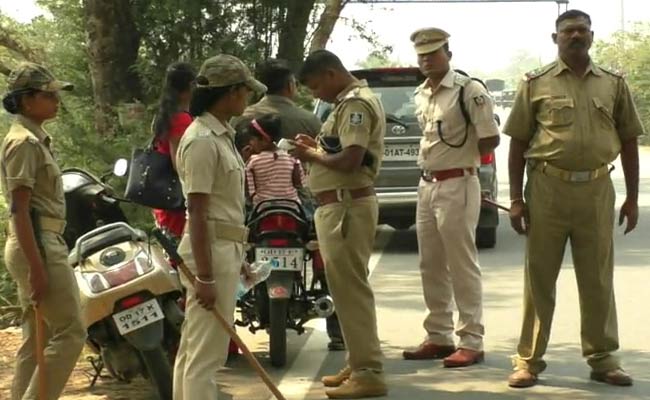 Bhubaneswar: With the government remaining inflexible on ‘Follow Traffic Rules Or Pay The Price’, the re-enforcement of amended Motor Vehicles Act in Odisha certainly seems to have thrown the motorists into a tizzy. Needless to say, their biggest fear has come back to haunt them in the form of hefty penalty.

After the traffic restrictions came into force again on March 1 after a period of six months, the State traffic cops have booked more than 3000 cases in the first two days for various traffic violations.

On Tuesday, two garbage carriers engaged by Bhubaneswar Municipal Corporation (BMC) were penalised a total of Rs 32,500 fine for violating permit, pollution and other regulations under the new MV Act. The trucks were reportedly intercepted near Raghunathpur area in the capital city.

A police constable in Bolangir was also fined Rs 1000 for riding a two-wheeler without wearing helmet, a video of which has now gone viral on social media.

In Sambalpur, an auto-rickshaw owner was challaned a hefty fine of Rs 30,500 during vehicle checking driver near Laxmi Talkies square today. The offences include passenger overloading, using vehicle without registration and FC, and allowing person to drive vehicle without valid DL.

As per a report of the State Transport Authority, e-Challans for an amount Rs 1.64 crore has been issued against 3175 violators from March 1 till March 2 (9.30 pm). “From 1st March till 9.30 PM on 2nd March, the RTOs across the State have issued 3175 e-Challans for road safety violations like drunken driving, over speeding, driving against flow of traffic, triple riding, using mobile phone while driving, not using helmet, seat belt etc.”

If we go by the numbers, 39 motorists were penalised for drunken driving, 356 for over-speeding, 57 for driving against the flow of traffic, 101 for triple riding, 50 persons for using mobile phone while driving, 1585 for not using helmet and 147 for not wearing seat belt while driving.

Penalties for offences in MV Act other than road safety violations pic.twitter.com/8xrQvTX34b

Even little drinking can weaken bones of people with HIV