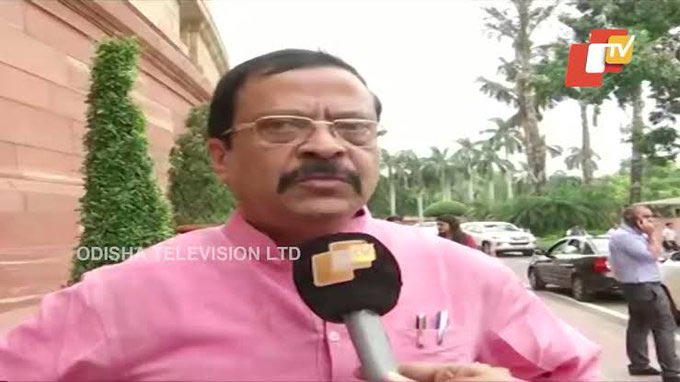 Bargarh: Amid resentment over shifting of Bargarh district headquarters hospital(DHH) to its new campus at Tukurla under Bhatli block, senior BJP leader and party MP from the constituency, Suresh Pujari on Sunday shot off a letter to Chief Minister Naveen Patnaik while demanding him to convert the old DHH building into a City Hospital.

Raking up the demand with CM Naveen Patnaik, Bargarh MP in his letter stated that the new complex of the district headquarters hospital was inaugurated at Tukurla, about 10 KM away from the town without any communication facilities.

“The bus plying from town to the new location from 7 am to 9 am will not serve the purpose as patients coming to the hospital from different locations will have to wait for it and patient requiring urgent treatment in the night will have a terrible time,” Pujari stated in the letter

He requested the CMO to consider the situation favourably and convert the old HQ hospital as the City Hospital with appointment of adequate doctors and para-medical staff and round the clock service so that the problem prone district gets stress-free.

Moreover, the parliamentarian also urged the CM for establishment of a full-fledged ultra-modern ‘Cancer Hospital-Cum-Research Institute’ in Bargarh to carter to the need of entire western Odisha instead of a Stage-3 cancer hospital as announced by the State government.

It may be noted that the shifting of the DHH came at a time when there is widespread demand for converting the old DHH building into City Hospital, prompting the Congress as well as BJP to launch a massive protest yesterday.

The additional district magistrate and chief district medical officer had met the protesters and assured to intimate the higher-ups about their demands following which the protests were called off.

“We have called off the 24 hour bandh over our demand. All political parties and other organisations will hold a meeting at the district bar association in this regard and decide the next course of action,” said Congress leader Nipon Das.

BJP bargarh district president Aswini Sarangi said, “The agitation is no longer a protest of a particular political party, rather it has now turned into a public protest. When it comes to the interest of Bargarh, we all parties will fight.”

Speaking about the agitation, Bargarh Additional Collector Mirdha Toppo said, “We requested the protesters to call off their strike and assured to brought their demands to the attention of the higher authorities.”