A massive over 1.24 crore or around 27 per cent in Odisha visited OPDs for consultation with doctors over a host of aliments as Covid-19 struck last year. Malkangiri topped with 76 per cent OPD patients 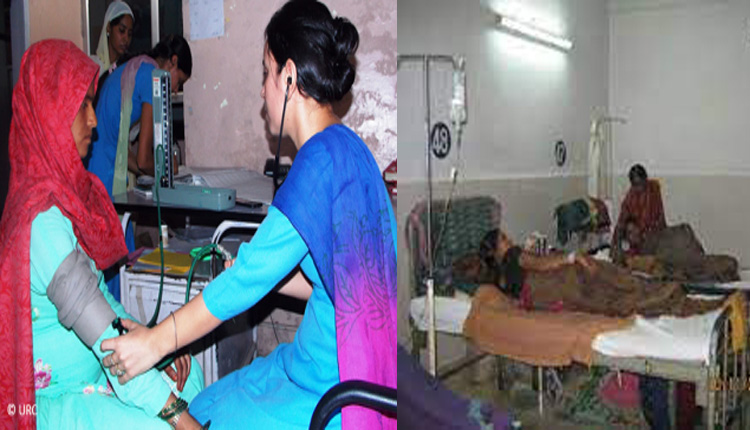 Bhubaneswar: In the pandemic year 2020, Odisha witnessed a sharp rise in female inpatients and maternal deaths, though overall female inpatient deaths have shown a fall.

According to the patient load data available with the State Health Department, Odisha had recorded a total of 223 maternal deaths during the period of April-June 2020. The total adult female hospitalisations stood at 3,36,293 during the period, which is nearly 2 per cent of the total female adult population in the State.

HOW HEALTHY IS ODISHA?

In the pandemic year, during the period of April – June 2020, a whopping 26.8 per cent or 1.241 crore people had visited the OPD (out-patient department) of State Hospitals to consult doctors, reveals the patient load data with the State Health Directorate.

Moreover, another around 1 per cent of the population or nearly 7.06 lakh needed hospitalisation, so have been admitted to the inpatient department (IPD) of various hospitals in the State, the data revealed.

Even the female inpatients in the State during the first three months of the pandemic (Apr-Jun) had posted a nearly three per cent rise to a total of 3.363 lakh.

A district-wise glance reveals that nearly 74 per cent of adult inpatients in Nabarangpur district were females. It was followed by Rayagada, Nuapada, Keonjhar, Boudh, Ganjam and Gajapati where adult females accounted for over 70 per cent of hospitalisation in the State.

As per available data, during the first three months (Apr-Jun) of the pandemic year, the State saw a total of 6,355 deaths during the hospitalisation term. Significantly, around 2,573 such IPD deaths were female inpatients. The causes of death ranged from TB, pneumonia, cervix cancer to acute anaemia.

In maternal deaths, Ganjam and Sambalpur have together contributed over 24 per cent of the total.

DISTRICT HEALTH REPORT
For the first time, district-wise analysis reveals that Khurda has pushed down Cuttack to occupy the highest OPD load count in the State. The total OPD visits in the district stood at 9.88 lakh as against 9.3 lakh in Cuttack despite having the SCB Medical College and Hospital.

Ganjam occupied 2nd spot in OPD load generation in the State in the first three months of 2020-21.

Govt To Allow Covid Vaccination At Workplaces From April 11