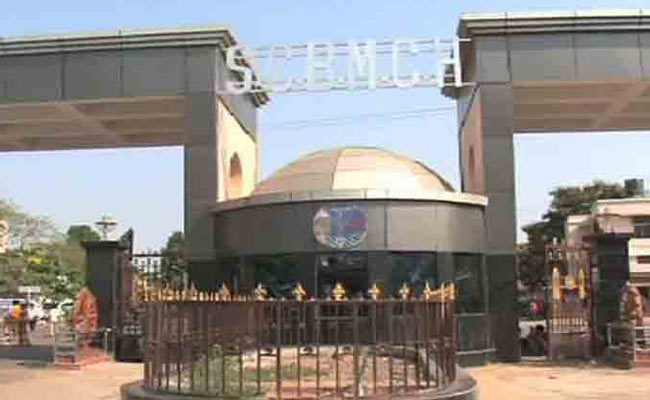 Cuttack/Bhubaneswar: It is claimed that ever since ‘Mo Sarkar’ programme of Odisha government was announced, a massive transformation has taken place at government-run hospitals. However, cases of alleged medical negligence at regular intervals raise serious doubts over such claims.

In yet another case of medical negligence, a woman patient died at the SCB Medical College and Hospital in Cuttack allegedly due to the use of a contaminated syringe. As per reports, Sabitri Sahoo of Barchana in Jajpur district was admitted to the Urology department of SCB on January 18.

Daughter of the deceased woman today lodged a complaint with the Mangalabag police station alleging medical negligence as the reason behind her mother’s death.

On the other hand, Krushna Chandra Sahoo, son of the deceased woman alleged that even though he rang up the Mo Sarkar toll free number to register his complaint, the person who received the call suggested him to shift his mother to a different hospital.

“After my mother suffered an injury in her hand, the medical staff bandaged the injured area but didn’t change it for 15 days following which the affected area got infected. The doctors of the hospital are completely responsible for my mother’s death,” Krushna said.

State Health Minister Naba Das said, “It is an unfortunate incident. I have already asked the hospital superintendent to conduct an inquiry and submit the investigation report within three days. Stern action will be taken against those found guilty.”

Responding to the allegations, Das said that the inclusion of health department in the transformative governance scheme -Mo Sarkar, the feedback is almost 100 per cent positive, but maybe some lapses have occurred in this case.

“We are trying to listen and assist as many people as we can. Besides, people’s trust on the government has increased after the 5T model (Mo Sarkar) of governance has come into force.”