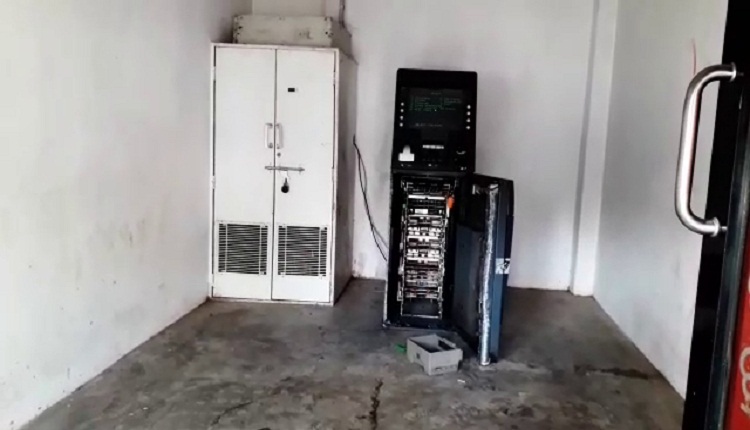 Soro: A group of miscreants allegedly broke open two ATMs here in Balasore district on late Wednesday night and looted lakhs of rupees from the dispensers.

One ATM is of Axix Bank while another was of a private finance company at Bagudi Bazar in Soro.

The miscreants used gas cutters to break open the machines in both the incidents, locals said. The exact amount stolen from two kiosks has not yet been ascertained.

On being informed, police rushed to the spot and started investigation.

Police suspected inter-state gang in the loot of ATMs, who have executed such crimes in different parts of the country. Police are investigating every aspect of the robberies.

Local shopkeepers attributed such robberies to lack of police patrolling. “Earlier similar incidents have also taken place in the town. But, the robberies and snatching incidents are on rise due to police inaction. A few days ago, miscreants had also looted mobile phones worth Rs lakhs from my outlet,” a local shopkeeper said.

A similar incident had taken place in Bhubaneswar in last October when miscreants had stolen over Rs 20 lakh from the ATM of United Bank Of India. They also had used gas cutters to break open the machine.

In same month, bike-borne miscreants looted Rs 20 lakh from UCO Bank in Bhograi of same district. The robbers looted the cash after terrorising the bank employees at gun-points.

Last month, the Commissionerate police had arrested two robbers who were members of an inter-state gang in Bhubaneswar. They were involved in an ATM loot case at Patia in the Capital city.