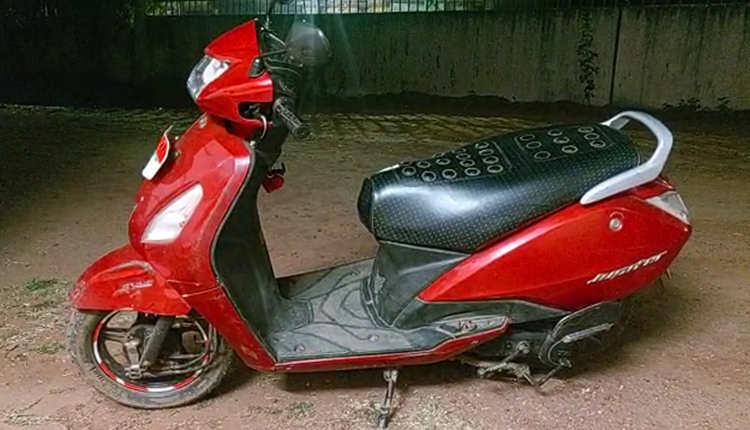 Angul: In yet another incident of new Motor Vehicle rule violation, a minor boy in Pallahara under Angul district was fined Rs 26,000 by the Junior Motor vehicle Inspector (MVI) of Talcher RTO on Tuesday.

Sources said, the minor boy was apprehended by the Jr MVI, Bipin Bihari Das while conducting a vehicle checking at Dimiria square near Pallahara town. The boy was caught riding a red colored scooter with a pillion rider without helmets.

As per the challan issued to the minor boy, Rs 25,000 was fined under juvenile offence for riding a two-wheeler while being a minor and Rs 1,000 for riding without helmets.

It is worth mentioning here that Odisha is observing the Road safety Month from January 18, 2021 which will continue till February 17, 2021. All the district SPs and Collectors have been directed to conduct awareness drives during this period while strictly implementing the MVI act at the same time.

Only a week back, a man from Madhya Pradesh was slapped with an enormous fine of Rs 1,13,500 by the RTO in Rayagada district for allegedly violating various rules of the new motor vehicle act. The penalty is believed to be the biggest amount that has been levied on a two-wheeler under the amended regulations of the Motor Vehicle Act 2019 in Odisha.

Coincidentally, almost a year back, on January 12, 2020, a two-wheeler owner in Pallahara area was fined the same, Rs 26,000 after a minor of his neighbourhood was caught by a joint team of MVI and traffic police while riding his bike without helmet.