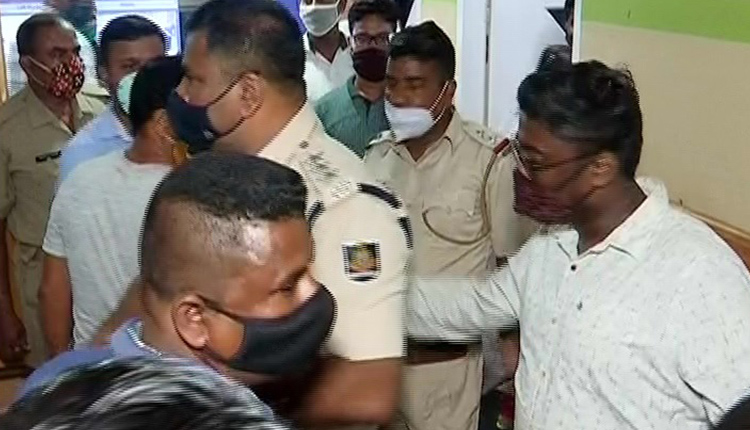 Bhubaneswar: Tension ran high at a private hospital in Bhubaneswar on Sunday following death of a 15-year-old boy allegedly due to faulty treatment.

According to initial reports, the minor boy, Subham Panda of Bharatpur on the outskirts of the city, was admitted to the private hospital located in Nayapalli area of the capital city three days back after he fractured his hand.

The doctors at the hospital performed a surgery on the boy today. However, he succumbed sometime later.

The family members of the minor boy said he met with an accident while riding a bicycle and his collarbone was broken.

The doctors at the hospital claimed the surgery was successfully conducted. However, the condition of the boy became critical thereafter. Later, doctors informed the family members of the boy that he passed away.

The family members questioned how a surgery for fractured hand led to death of the boy. They alleged that the boy died due to faulty treatment.

The local residents joined the family members of the deceased and gheraoed the hospital protesting the death.

Meanwhile, the hospital authorities claimed that the boy was suffering from Epilepsy due to which his body temperature increased after the surgery and he succumbed.

The family of the minor boy informed the local police about the matter. However, no formal complaint was lodged till the latest reports were filed.