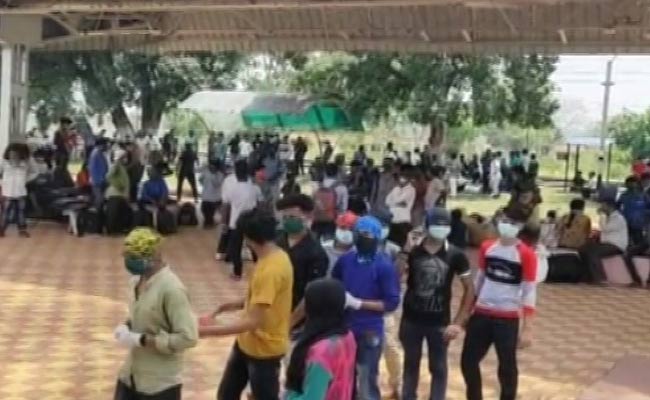 Bhubaneswar: Misusing the facility of alarm chain pulling is a criminal act on any given day, and particularly in the times of a pandemic when there is a threat of community transmission of COVID and even consequential deaths, worse crimes like these wherein migrants are de-boarding trains to flee, seem no less than grade-1 felonies.

Amid numerous reports of returnees pulling the emergency chain in a bid to escape from the Shramik Special trains, all of a sudden it seems as if the migrant influx in Odisha is giving a headache to the Odisha government.

On Monday, around 200 migrants on-board a Shramik Special train enroute to Bokaro (Jharkhand) from Kolhapur (Maharashtra) pulled emergency chain near Nuagaon station on the Odisha-Jharkhand border and got down from the train. Bandhamunda ARM said the train was not scheduled to halt at Jharsuguda station where they wanted to deboard. During departure from source station, there were over 400 migrants onboard who are residents of Boudh, Sonepur and Balasore, the official said.

In another incident, some 320 migrants hailing from Bargarh and Nuapada got down from a Shramik special train at Kantabanji railway station in Bolangir reportedly after pulling the emergency chain. The train coming from Gandhidham in Gujarat was on its way to Cuttack, but the migrants stopped the train midway and deboarded at Kantabanji where they were detained by railway personnel and local police.

Instances like these have to an extent derailed the efforts of the State government in COVID management.

A day back, as many as 100 migrants deboarded a train by pulling the emergency chain near Chhatrapur railway station. It is being said that RPF personnel managed to detain 60 persons while the rest are yet to be traced. The train was reportedly enroute to Khurda Road junction from Hyderabad.

On May 23, GRP personnel detained over 400 migrants who reportedly tried to escape after de-boarding a Shramik express at Chilika railway station by pulling the alarm chain. The train was on its way to Bhadrak from Andhra Pradesh.

Prior to that, around 20 migrants returning to Odisha in a Shramik express from Ahmedabad fled after pulling alarm chain of the train near Majhika. Angul SP informed that 7 violators were detained while search is on to trace other absconders.

As on Sunday, a total of 101 Shramik Special trains have ferried migrants to Odisha between May 3 and 24, 2020. East Coast Railway said that maximum trains originated from Surat in Gujarat, 3 have come from Kerala while one has arrived from Delhi.

A total of 101 Shramik Special trains ferried migrants to #Odisha between 3rd to 24th May 2020. Almost half of them were from Gujarat with maximum trains originating from Surat station. Only one train from New Delhi and 3 from Kerala: East Coast Railway#Covid19 #lockdownindia pic.twitter.com/9HzOvJLeZt