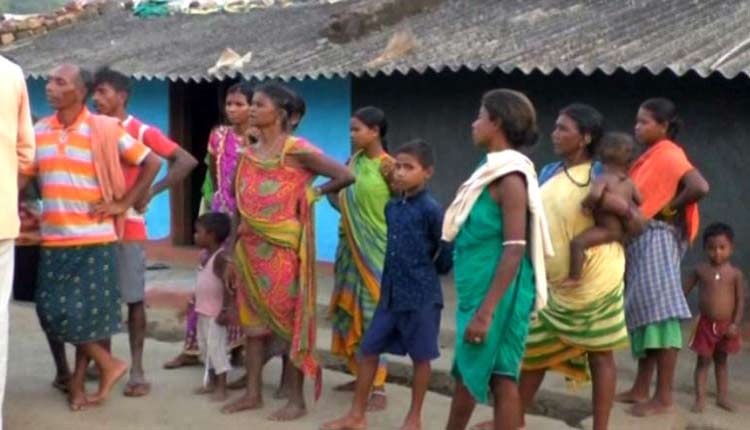 Koraput: A Gram Rojgar Sevak (GRS) was removed by the District Collector on charges of corruption in MGNREGA worth lakhs of rupees in Narayanpatna block of Koraput district on Sunday.

As per reports, GRS Sekhar Nalla, posted in Balipeta village under Narayanpatna block has been disengaged with immediate effect after allegations of corruption in road construction under MGNREGA surfaced.

It was alleged that Sekhar embezzled Rs 1,73,336 earmarked for construction of a road connecting the Thakurani temple in Balipeta with the main road.

As per villagers, no road has been constructed in the area while government records show that that the same has been completed.

Jogi Medapil, the priest of Thakurani temple said, “There aren’t any roads here. We have to make our way through the paddy fields to reach the temple.”

“Nobody informed us about any road being built here. Only after the corruption surfaced we came to know that a road had been sanctioned,” said Medapil.

Rabindra Khara, a local said, “The money meant for the road was embezzled by corrupt officials. We demand the road to be built here as soon as possible.”

Taking further action against the accused, the District Collector requested the BDO to take steps to recover Rs 1,73,336 that has been embezzled.

The saga of corruption in Narayanpatna doesn’t end here. Another allegation of irregularities in the renovation and expansion of Gadapaka canal in Dumushila village has cropped up too.

While the MGNREGA portal showed that the government had spent Rs 3,00,000 on the project in the financial year 2018-19, the locals presented an entirely different picture.

Suraj Nachika, a local of Dumushila alleged that Rs 5 Lakh was spent four years ago under Backward Regions Grant Fund (BRGF) in that area. After that no work has been undertaken to renovate the canal, he said.

The portal even shows names of the workers and labourers who supposedly worked on the project.
Dayanidhi Hikka, whose name popped up in the portal said, “I don’t know why my name is there. I didn’t work in any canal nor have I received money for the same.”

Commenting on the alleged corruption in Dumushila, Block Development Officer (BDO) of Narayanpatna, Jadumani Nayak said, “No such allegations have been brought to my notice. I will look into the matter once somebody files a complaint.”