Bhubaneswar: Even as Baripada in Odisha has been designated as the hottest place in the country in March this year, the month proved to be the fourth warmest in the…

Bhubaneswar: Even as Baripada in Odisha has been designated as the hottest place in the country in March this year, the month proved to be the fourth warmest in the climate history for Odisha. Baripada sizzled at 44.6 degree Celsius on March 30.

The IMD monthly outlook report released on Monday observed that this March has been the 3rd warmest in the country’s 121 years of climate history. The previous warmest March had been recorded in the year 2010 and 2004.

However, the twist here is during the last decade, Odisha saw its warmest March in the year 2016.

As per the IMD monthly outlook report, the whole of Central India, including  Odisha, has witnessed the 4th warmest March this year. The report observed that when the normal monthly average of the maximum temperature of the region has been estimated at around 33.58 deg Celsius, the actual temperature recorded this March has been 1.55 deg C higher. The monthly average maximum temperature for the entire central India region has been measured at around 35.13 deg C.

As per the data released by IMD, the monthly average maximum temperature in Odisha has been measured at around 38 deg C this March. 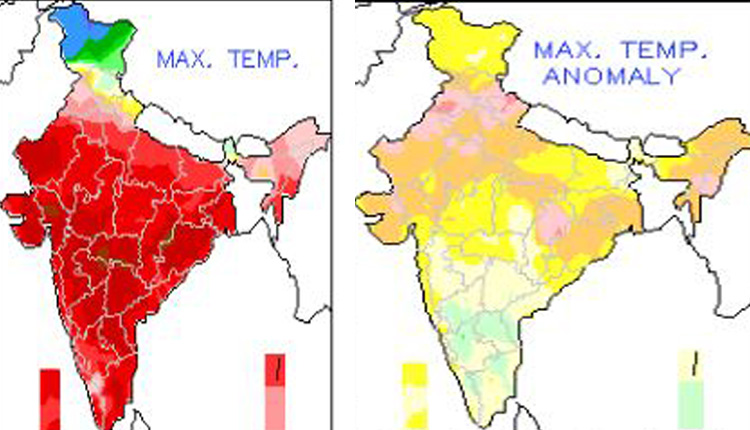 Significantly, Chhattisgarh has recorded the warmest March this year and the anomaly for the average temperature has been put at around 4 deg C. Some districts bordering Odisha have shown an anomaly of around 5 deg C. And the impact in Odisha, therefore, clearly discernible.

The peculiarity displayed this March is that except the coastal districts of Ganjam, Jagatsinghpur, Bhadrak, Kendrapada and Jajpur, the other coastal district like Puri has recorded nearly 3 deg C higher temperature this March.

This seems significant as, since 2019, the climate of the district has taken a worse turn when extremely severe cyclone Fani made landfall in the district.

“It is for the heatwave, almost all the districts in the State had witnessed a sharp rise in maximum temperature this March. Though this is not abnormal, the impact of heatwave was felt bitterly in the State because of a change in the wind flow pattern from the Bay of Bengal,” explained HR Biswas, Director, IMD Bhubaneswar.