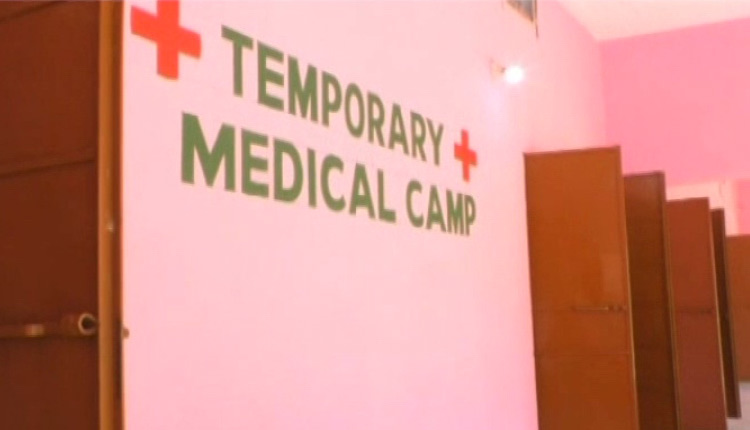 Bhubaneswar: Amid the fight against the COVID-19 pandemic, Odisha Panchayati Raj and Drinking Water Department has asked local authorities from district to block level to provide details of expenditure at the quarantine centres by June 19.

In a letter to collectors, Deoranjan Kumar Singh, principal secretary to the department has asked all PD, DRDAs and BDOs to submit expenditure details towards management of the Temporary Medical Camps (TMCs) including civil construction and other items incurred upto May 31, 2020.

As per sources, so far, a total of 16,818 TMCs with 7.62 lakh beds have been set up in 6,798 panchayats in the State. However, the government reportedly has no information on the total expenditure incurred in setting up the TMCs.

While the government had earlier delegated powers of district Collectors to sarpanchs to fight the COVID-19 pandemic and also announced Rs 5 lakh to each GP for effective management of the TMCs, it is alleged that village heads of various panchayats failed to get such powers and also the announced money for managing the quarantine centres.

“The funds meant for the development of the panchayat were used for the quarantine centre, but we are yet to get any fund from the government,” said Pratima Naik, sarpanch of Phampuni panchayat in Koraput.

“Though sarpanchs have been given the powers of collectors, we are unable to use it as we are getting suppressed,” she further alleged.

Similarly, Madan Gadwa, sarpanch of Tankua GP said, “We are yet to receive any letter related to the sanction of Rs 5 lakh for TMCs. To run the quarantine facilities, we are only getting the money from BDOs.”

As per reports, 1500 beds were procured from 15 suppliers for the TMCs at 30 panchayats in Keonjhar district. However, it is alleged that the suppliers are yet to get the payment.

“We were promised to payment within seven days but even after months, we have not got the money,” alleged a supplier, Abhay Kumar.

However, ruling-BJD vice-president Debi Mishra ruled out any irregularities in the management of TMCs and said payment is not made in cash rather it is spent from the available funds.