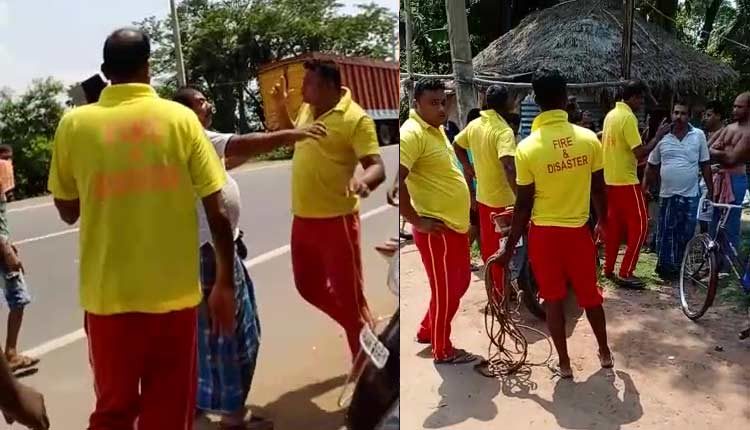 Cuttack: The people of Kolkata recently showered praises Odisha Fire Services for doing a commendable job in restoration works post Cyclone Amphan. However, one of the personnel of Odisha Fire Services department faced humiliation during a rescue operation at Nischintkohili area in Cuttack district.

The Fire Services personnel was allegedly misbehaved and assaulted by a local resident.

As per reports, Odisha Fire Services team had reached Sukarpada village after getting information about a cow which had reportedly fallen into a well.

On reaching the spot, the team found that the cow had slipped into a septic tank in the house of a local resident. The house owner SK Ibrahim allegedly hurled abuses and misbehaved with one of the personnel post the rescue operation.

“After successfully rescuing the cow, the man got furiated after we asked him to cover the tank as several animals had also fallen into it in the past. The man even manhandled me,” alleged Prasanna Parija, the complainant.

Later based on Parija’s complaint, IIC of Nischintakohili Police Station Subhranshu Sekhar Parida informed that further investigation in this connection is underway.

Meanwhile, the son of the accused claimed that, “My father is mentally unstable and is currently on medication.”