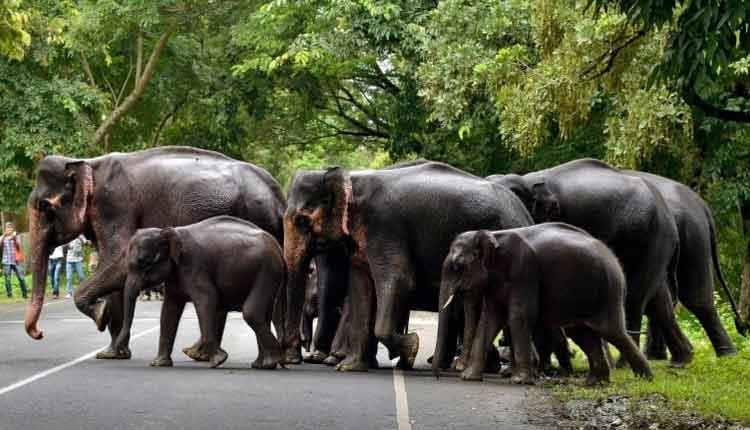 Sambalpur: A woman died after allegedly being trampled to death by a wild elephant at Hitasar village under Naktideul Forest Range in Sambalpur district today.

The deceased identified as Pramila Dehuri, had gone to her farmland in the morning when she was attacked by an elephant. The incident which was the second death being reported in the last one week due to elephant rampage in the region triggered outrage among the locals.

On the other hand, another woman at Madhabalua village under Sadangi range in Dhenkanal died in a similar incident. The woman was allegedly sweeping her courtyard when an elephant unexpectedly attacked her. Immediately after the incident, the officials of the forest department reached the spot and launched an investigation in connection with the incident.

The situation seems to have gotten worse at Gunia village at Koira, Sundargarh with locals alleging that a herd of 10 elephants have been venturing into human settlements in the area after swaying their tracks from the jungle.

The pachyderms have left heavy damage to several houses and agricultural lands. Villagers have demanded the forest officials to ward off the stray elephants into deep jungle and also provide them with compensation for their damaged property and land.

It may be noted that incidents of man-elephant conflicts had slowed in Odisha in recent weeks possibly due to lockdown imposed in the wake of Covid outbreak.

According to Wildlife Society of Odisha (WSO), wild elephants in Odisha have killed 527 people between April 2014 and March 2020. During the last six years, as many as 442 persons have sustained injuries during conflicts with wild jumbos during a total of 805 recorded incidents of encounters between humans and elephants, the statistics said. 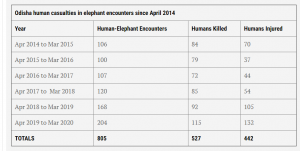 Angul district with 22 deaths has recorded the highest number of human deaths last year due to conflicts with elephants. The State continued to witness just over 100 human-elephant encounters during the years of 2014, 2015 and 2016. But incidents of the man-elephant confrontation showed a steep rise to touch 204 during last year.
As many as 115 people were killed while 132 people injured during 2019-2020, the WSO data said.