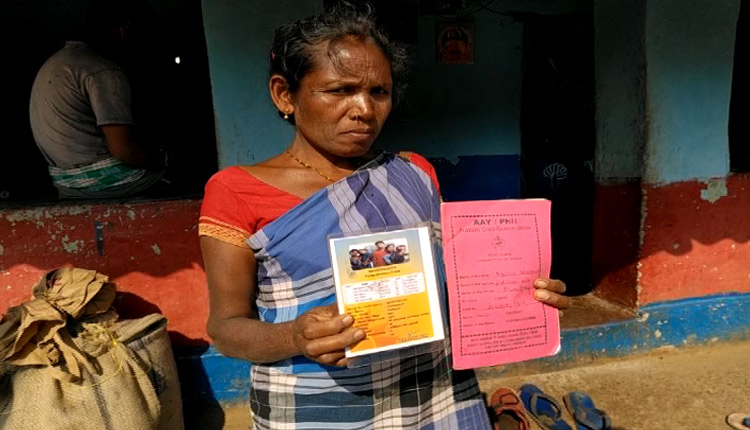 Malkangiri: The announcement by neighbouring Andhra Pradesh government on conduct of panchayat elections in the disputed Kotia cluster of villages in Odisha’s Koraput district and in some areas of Gajapati and Rayagada districts has flared up the border tension between the two States.

At a time when the State government has knocked the doors of Supreme Court seeking contempt of court proceedings against AP over the long-pending Kotia border dispute, the villagers of Jumadama- locally called as Jamadangi in Swabhiman Anchal, under Chitrakonda block of Malkangiri district have voluntarily decided to cast their votes in Andhra’s panchayat elections to be held on February 13.

Even though Jamadangi is located within the limits of Odisha, the local administration is paying no heed to our demands while the neighbouring state has been providing us with all the basic amenities including electricity and water supply, ration cards, pension, healthcare, road connectivity etc, said the villagers of the Swabhiman Anchal.

“The local officials have failed to reach us, the Andhra government has been supplying drinking water, electricity, 30 kg rice and Rs 2,000 pension per month. Andhra government has also extended other facilities by posting a teacher at the village school and an ASHA worker for the anganwadi centre,” said a villager of Jamadangi, Domakilo Ichi.

The ‘ignored’ villagers said that they have been receiving all benefits under different welfare schemes from the neighbouring state, so they have decided to take part in the electoral process of Andhra Pradesh. The AP government has also provided Voter IDs and Aadhar cards to the villagers so that they could cast their votes in the rural elections.

The response of the local administration could not be availed.

Jamadangi was earlier a part of Raleguda panchayat and later brought under Dhuliput panchayat after delimitation. Though Odisha government claimed to have taken a decision for the development for the village, allegedly no steps have been taken by the block officials to solve the problems of the villagers.

Instagram To Block Users Who Send Hateful Messages Via DMs