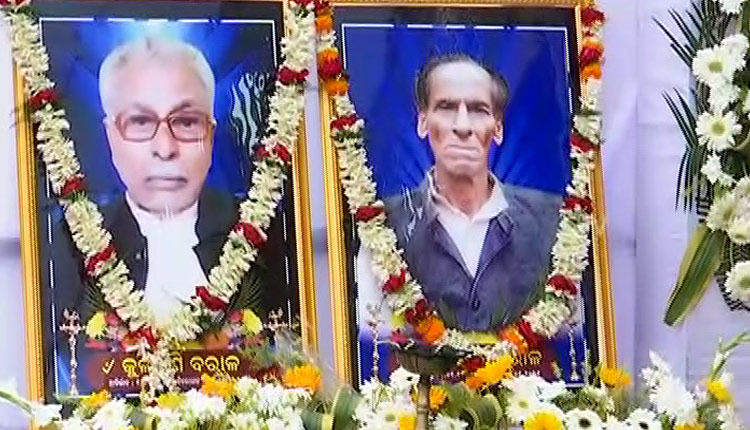 Cuttack: Amid allegations of no headway in the probe of recent ‘political’ double-murder in Mahanga area and demand to arrest State Law Minister Pratap Jena, one of the accused in the case Friday surrendered before the Judicial Magistrate First Class (JMFC) Court.

According to sources, the accused Malaya Barik surrendered in a bid to avoid getting arrested. So far, eight persons have been arrested in connection with the brutal murder of BJP leader Kulamani Baral and his associate Dibyasingha Baral.

Earlier this month, former Mahanga block chairman Kulamani Baral was returning home with Dibyasingha on his bike when some miscreants attacked them with sharp-edged weapons near Jankoti in Mahanga of Cuttack. Kulamani was declared brought dead at Mahanga CHC while Dibyasingha succumbed to injuries during treatment at SCB Hospital in Cuttack.

Following the incident, Kulamani’s son Ramakant lodged an FIR with Cuttack (Rural) police in which law minister Pratap Jena and 13 others had found a mention. Ramakant stated in the complaint that his father was brutally hacked to death for raising voice against corruption of the BJD government. He further alleged that his father was killed at the behest of the Law Minister for exposing massive scam under Prime Minister Awas Yojana in Mahanga block.

A delegation of the saffron party also met Odisha DGP Abhay seeking action and arrest of all persons including the law minister for their alleged involvement in the brutal murder. “The DGP assured us that the investigation will complete in 10 days. A DIG rank officer would be entrusted with the probe,” State BJP president Samir Mohanty had informed following discussion with the DGP.