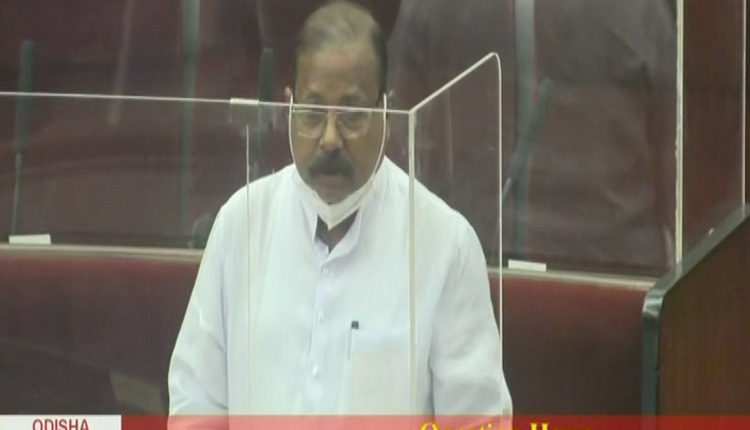 Bhubaneswar: The Mahanadi riverbed in Odisha is gradually drying up and the lifeline of the State will receive less water in the coming years owing to the number of barrages built on the upper catchment area of the river by Chhattisgarh government, informed Odisha Water Resource Development Minister Raghunandan Das in Assembly on Thursday.

In reply to a question posed by Congress MLA Tara Prasad Bahinipati on the effects of building multiple barrages over Mahanadi by Chhattisgarh, Das said that Odisha continues to see less amount of water in Mahanadi as the Chhattisgarh government has blocked water in its barrages. While the water level in Mahanadi dips during the non-monsoon period in Odisha, Chhattisgarh reservoirs remain full round the year, he said.

“We had submitted a formal grievance with the Centre to resolve this dispute in 2016, following which the Central government formed the Mahanadi Water Disputes Tribunal (MWDT) in 2018,” said Das.

Reiterating Odisha government’s stance and efforts to keep the water flowing in Mahanadi, Das further said, “We had submitted an Interim Application (IA) with the MWDT in 2018 to ensure sufficient water in Hirakud reservoir during non-monsoon season, which lies sub-judice with the tribunal.

Speaking to the media, Rajya Sabha Member Pratap Dev expressed dissatisfaction over the matter and said, “There have been numerous hearings in the MWDT but it has not yielded any result yet. Chhattisgarh has made many barrages including one at Kalma with 68 gates disrupting the Mahanadi water flow to Odisha.”