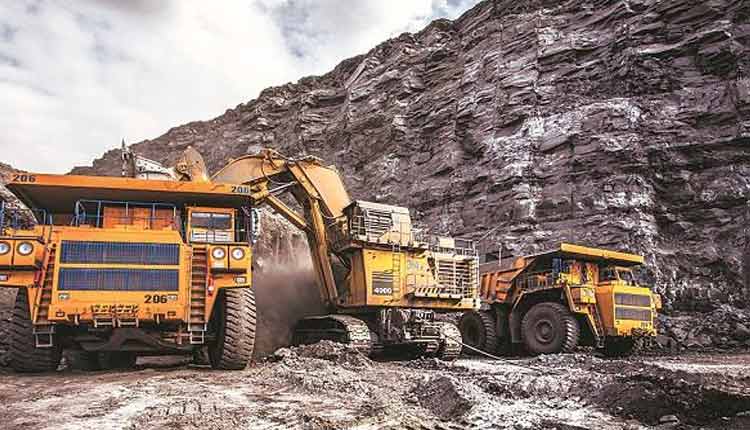 Bhubaneswar: Mahanadi Coalfields Limited(MCL), an Odisha-based subsidiary of Coal India Limited, on Monday said the company has set a target of producing 263 million tonnes of coal by 2023-24 and employees must ensure normal mining operations to achieve the goal.

In the current financial year, MCL has been assigned with a target of 173 MTs of coal but the company is lagging behind in its production and overburden removal targets, Chairman-cum-Managing Director B N Shukla said.

“The company aims at achieving coal production of 263 million tonnes by 2023-24 in order to ensure the energy security of the country,” he said.

Referring to a strike call given by trade unions, Shukla emphasised that any further stoppage of work will not be in the interest of the company and appealed to trade union leaders to reconsider the decision.

Various coal trade unions have given a call for a three-day nationwide strike against the government”s move to open the coal sector to private players.

He observed that the key demands of the trade unions pertain to policy decisions beyond the purview of the company, and said that no coal block allotted to Mahanadi Coalfields is going to be auctioned.

“At present, MCL has 48 coal blocks having mineable resources of 29,100 MT, which can meet the requirement of thermal coal for another 100 years and another miscellaneous 22 projects are in pipeline, which includes washeries, coal gasification and solar power,” he said.

Even during the lockdown due to COVID-19 pandemic, the production and dispatch continued at full pace, Shukla said adding that MCL family has time and again proved that the interest of the company and the nation is above all and “no issue can distract us from our commitment to ensure the energy security of the country”.

“We have always demonstrated that work stoppage is never in our agenda and all our differences or grievances are resolved in an atmosphere of mutual trust and co-operation,” he said appreciating the efforts of trade unions in motivating the employees to work for the nation during the lockdown.

Coal India Ltd, including MCL, had been declared as Public Utility Services under the provisions of Industrial Dispute Act, 1947, and statutory restrictions have been prescribed against any strike in such organisations, he said.

“As such, going on strike should be avoided, so that undesirable consequences do not occur,” the CMD further added, seeking normalcy in mining operations.

Living With COVID-19 To Be New Normal As Global Cases Top 10 Million: WHO